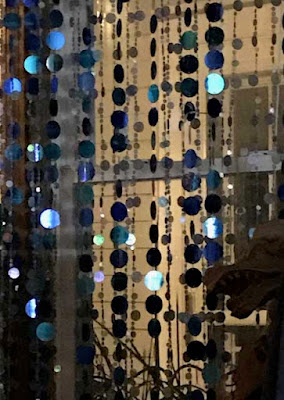 Well, it was bound to happen. I’ve slept so much lately that, this morning at precisely 1:35 I woke up and that was it for me and Slumberland.

I was dreaming about a man I used to work with.

Jeff started in the warehouse division – offloading paper and other printing supplies from delivery trucks. He stood out. He was smarter, more savvy, and personable than our usual warehouse hire.

I was always on the lookout for new talent. My big thought was, if you bring an inexperienced person in, train them, show ‘em the ropes and then promote from within, we’d end up with:


A) workers who did things the way we wanted them done right outta the box
B) employees with a stake, an investment in the company. if there’s a higher paying, more prestigious position, within the company, that they’ve a shot at, boy howdy, that’s incentive!
C) much lower turnover – turnover’s some expensive shit, mes amis.

Sadly, for me, the copy department snapped him up before I was able to lure him down to the pressroom (with the sexy promise of ink fumes and never having to deal with that nasty natural light again). 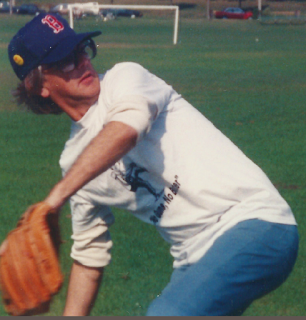 Jeff went on to become a supervisor at one of the company’s larger stores and, from there, jumped into a gig with a prominent local book publisher.

Jeff was a good buddy of TAB’s. They had a lot in common despite being 30 years apart. They’d both survived violently abysmal childhoods and the military (TAB in Nam with the Air Force and Jeff as Czech linguist with the army). They also shared a deep, deep love of baseball.

Back before TAB’s knees and back told him NO MORE OF THIS SHIT, BUCKO, he organized, not games so much as, baseball playdates. Teams weren’t formed – the folks who showed up just took turns batting, playing the out and/or infield and catcher. One constant, TAB was always the pitcher. He had one hell of a junkball. This organic "game" worked fab for everyone. They all had loads of fun (myself included).

Yes, this amorphous “team” had a name – The Cleveland Circle All-Star Mutants. Most of the Mutants showed up for TAB’s After Party (AKA his wake) – it was great to see them. Jeff was there.

I’ve no clue why he came into my dreams last night. We hadn’t kept in touch after he left the company and I left the Mutants (Saturdays in the ceramic studio was loudly demanding my attendance). Jeff and his wife moved out to the ‘burbs, had a few kids, bought a nice house – that’s all I know.

What the dream inspired in me though were thoughts of the countless people I’ve called friend over these long years. I’ve fallen out of contact with so many. No matter how much we would like to, it’s hard to keep up. Hard for any of us.. Life throws some vicious curve and junk balls at everyone.

I wanna know – How’s Holly? What up with Burne? Is Jean finally happy? What about Arnie? Phil? Is Mike still a Republican? Is Greg still making brill sculpture?


And then a painting idea, based on all these intersecting lives entered my bean. Stay tuned!

Night Game – Paul Simon
Posted by Donna at 8:43 AM