In the land of ice and snow 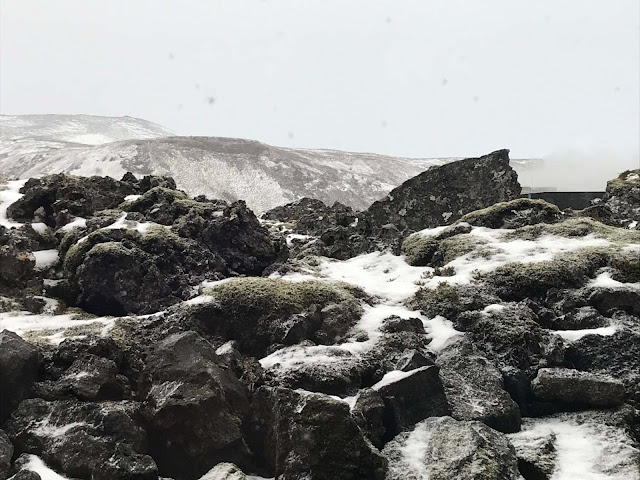 And we beat the big storm too. Mind you, it don’t look like much from
here but then, I’ve lived though Snomageddon – winter storms just don’t phase me anymore.

While waiting for the bus, from the airport to Silica Heaven, another bus, not ours, came along. The driver invited us to come on board while he waited for his scheduled departure time. I guess Jen and I looked a frozen and in need of a nice warm shelter from the wind. What a sweet man. He then made a superhero of sweet turn. He radioed to see where our bus was. It was running VERY late. He allowed he’d make a slight detour from his route and drop us off at Silica Nirvana. And he did.

Also on the bus was a young woman from Missouri. She was traveling solo ’round the world. She looked so tender, inexperienced and full of hope and wonder, like she’d never had anyone take a big dumparooni in her Cheerios. I would’ve liked to learn more about her BUT we pulled up to our toasty slice of heaven. After a nice long nap (we NEVAH get a speck of sleep on these overnight flights), Jen and I had a solid soak/float swim in the lagoon. There’s just something magical about drifting through the warm, very warm, silica infused water while snow falls down on top of me.

It’s 3:30 and the sun (which was hiding behind clouds all day) has just set. Jen and I will go for a dark-time-with-snow float. Gotta get all the floaty time in that we can, ya know!

Immigrant Song – Led Zeppelin Did you know? Robert Plant was inspired to write the lyrics to this beautiful, BRILL tune after a visit to Reykjavik!
Posted by Donna at 11:08 AM

Email ThisBlogThis!Share to TwitterShare to FacebookShare to Pinterest
Labels: Travel