Frying Pan and Then Fire 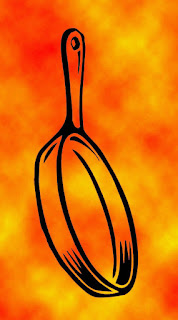 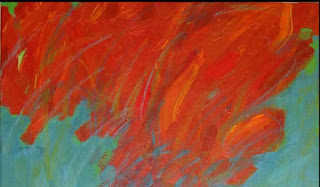 That appointment with TAB's oncologist's nurse practioner yesterday? The one I was so scared about?

Briefly, because I'm in mondo levels of shock still, turns out the cancer is now rampaging through his system. Those fucking Mantle Cells are now in his kidneys. They brought us down to the ER for an emergency hydration.

First they gave him an EKG. Afterwards, the love of my goddamned life had the biggest heart attack he's ever had. It was monster. The tech was fiddling with something and I was behind his wheelchair when it happened. I shouted "he's in enormous pain!" To which she responded by wheeling him over to, I guess, be checked in. Dunno. I shouted again and then TAB collapsed. "He's passed out. HELP NOW!"

At that point the tech jumped behind the wheelchair and sprinted with my man into the bowels of ER where the amazing, heroic docs performed an amazing dance. They brought TAB BACK TO LIFE! Yes, TAB had flatlined. He wasn't breathing and his heart wasn't beating.

I watched as this superhero in scrubs pumped away until my Hunny Pie gasped and his ticker started tapping out a beat again.

Obvs, I couldn't bring him home last night. The cats miss him terribly. Also too, bed's too big without him.

I don't know what's going to happen next. Why isn't this like one of my cheesy sci fi novels where I can flip to the end and see that everyone lives happily ever after?
Posted by Donna at 6:03 AM

Email ThisBlogThis!Share to TwitterShare to FacebookShare to Pinterest
Labels: The Amazing Bob