What about the women? 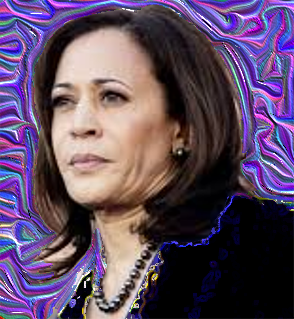 WHY are women presidential candidates covered so harshly, stridently even, in comparison to the male candidates (especially white men). And that’s if they’re written about at all.

Senators Kirsten Gillibrand (N.Y.), Kamala Harris (Calif.), Amy Klobuchar (Minn.), Elizabeth Warren (Mass.) and Representative Tulsi Gabbard (Hawaii) are all running but who are we hearing the most about? The B-boys – Bernie, Biden, Beto, Buttigieg and, somewhere, much farther down the line, Booker. 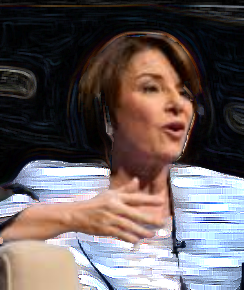 In this weird ass reality that we occupy, women are expected to behave in a certain specific way. NOT ambitious, NOT strong willed or opinionated or even mega knowledgeable (certainly NOT more than a man *shriek*horrors!*). Oh yeah, and don’t you dare raise your voice! Those are all qualities that are valued in a person holding or hoping to hold a big important position like, ya know, president. But, but… 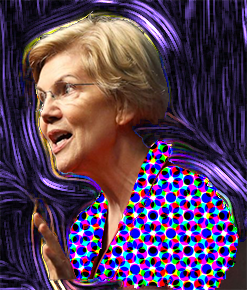 Imagine how Bernie, with his gruff demeanor and penchant for going all shoutyface, would be talked about in the press if he was a Bernadette instead.


Voters will never admit to themselves that they don’t like female candidates because of their gender, so they nitpick and seek out negative characteristics that they believe are unique to the candidate. “I just don’t like her” or “Her voice is too shrill.” (source)

Is the gender bias conscious, unconscious or a little of both. Depends on the person I suppose. How we humans, female or male, should behave is deeply ingrained – it's practically hard-fucking-wired from birth.

There was a study done in 2003, at Columbia University:


...in which researchers described a fictional entrepreneur to a group of business students. They told half the students that the founder’s name was “Howard,” while the other half thought they were hearing about “Heidi.” The fictional characters boasted identically successful resumes, but the students rated Howard as someone they’d enjoy as a colleague, while *they said* Heidi seemed less appealing, even selfish. (source)

Warren, the original, and much more accomplished, income inequality warrior, is deemed insufficiently likeable, Gillibrand is still being blamed for Franken's resignation, Klobuchar's said to be a Trump-esque hellbeast and Harris, former attorney general of California, is...dunno...something about prosecuting criminals. Meanwhile, the B-boys get a free pass for the most part and a LOT more press. 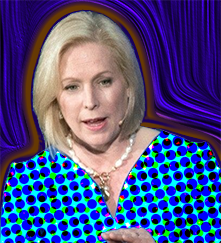 Devorah Blachor has a snarkarific post up over at McSweeney’s  –  “I don’t hate women candidates—I just hated Hillary and coincidentally I’m starting to hate Elizabeth Warren.”

CAN a woman ever be elected president in this country? Hilary Clinton won the popular vote by 3 mil. Would the vile, must-be-eliminated Electoral College still have given us over to such an obviously dangerous, grift-o-matic, charlatan fraud if Hills had been a Harry?

Sadly, us vagina toters are just as guilty as the penis toters of gender bias bullshit. After all, right after we shoot out the baby canal and that pretty pink bow is stuck on our heads, we're taught to tow the smile and let the boys talk bullshit. We all need to make a conscious choice to see, treat and regard women and men as equals.

I will vote for whoever wins the nomination BUT I'd RILLY like to see a young woman up there and in charge.
Posted by Donna at 8:10 AM