You’ve no doubt all heard about how the enfant terrible in the WH, the Hatemonger in Chief, the man whose words inspire mass murdering butchers to carry out his not so very thinly veiled fondest wishes/orders, has now begun targeting Jews. I guess he got bored with ONLY demonizing and targeting browns and blacks, eh? 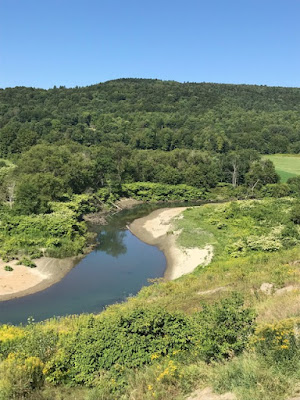 He's spewed that Jews who vote for Democrats show “either a total lack of knowledge or great disloyalty.”


"The accusation that Jews have a “dual loyalty” — that they are not to be trusted because their true allegiance is to their religion, rather than to the country in which they live — dates back thousands of years. It animated the Nazis in 1930s Germany, when they accused Jewish people of being traitors and used charges of disloyalty to justify their arrests, persecutions and mass killings.

After the founding of Israel, the charge was that Jews were more loyal to Israel, the Jewish state, than to their own countries. The smear persists in various forms to this day: It is a common refrain of white supremacists who claim there is a secret plot orchestrated by Jews to replace white people through mass migration and racial integration." (source)

Yup, the tangerine twat has gone full metal Nazi. And veering (but only slightly) into the land of radical messianic delusions he also claimed to be ‘the chosen one.” 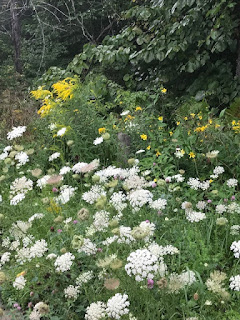 I’m NOT of the opinion that 45 is losing his mind. Nope. This is it. It’s two and a half years into our shared nightmare and we’re still learning how far his malignant narcissism runs. There is no bottom to this pit.

The Republican Party gave each and every one of us this this horror show delusional pResident. Ya know WHY they don’t rein him in? Because he’s doing precisely what their corporate overlords want. Sure, sure, they’d prefer a Democracy Killer with a bit more savoir faire (ya know, like Reagan) but, for them, that’s a quibble.

The Republi/Fascist’s MUST be voted out!


"Amy graduated from the US Naval Academy and overcame the odds to become the first woman in the Marine Corps to fly a combat mission in an F/A-18 fighter jet. She served 20 years in the Marines where she flew 89 combat missions in Iraq and Afghanistan, targeting al-Qaida and the Taliban, before retiring and moving back home to Kentucky to raise her family." (source) 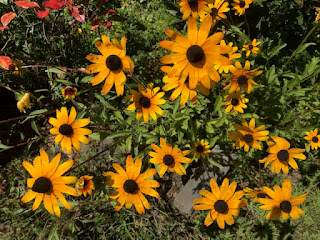 In Arizona former astronaut, engineer, and U.S. Navy captain, Mark Kelly, is running for the senate seat that was gifted to the gender traitor, Martha McSally, by Gov. Doug Douchey (an R/F of course).

In Maine Sara Gideon, Maine's Speaker of the House, is running to unseat another gender traitor. the supposedly (but laughably NOT) moderate Susan Collins.

That's just a few. Have a Republi/Fascist senator who's up for election? Let's shine klieg lights on these fuckers.

Also too, can I go back to ignoring reality in gorgeous, pastoral, mega rural Vermont now?
Posted by Donna at 8:51 AM