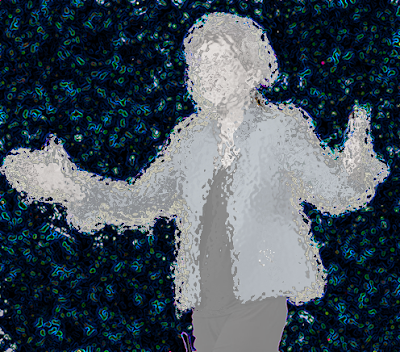 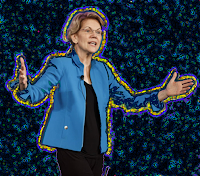 She is BY FAR, the smartest, most capable AND most obviously prepared to fix the problems in this country and lead us into a new dawn. She’s fiercely passionate yet calm. She’s brilliant but knowable and accessible.

Warren has well thought out plans to back up her big ideas – she’s a LOT more than just happy talk and great ideas. She’s a sharp strategist. 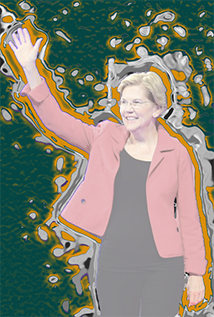 She is 70 years old – not a kid BUT younger than Biden and Sanders by seven and eight years. AND she' just released a med report from her longtime physician, Beverly Woo at Brigham and Women's Hospital. Doc Woo says Warren’s in excellent health.

She has displayed the ability to translate her progressive policies into populist ideas, something that Sanders still struggles with. She is intentional about highlighting the scourge of institutional white supremacy, LGBTQ rights and underrepresented communities. She is willing to stand up to the rich without demonizing success. She is careful to explain progressive tax policy as a math problem that will uplift the poor, implement corporate responsibility and benefit the middle class. (source)

So, why, WHY has Warren become the Invisible Candidate?

Is this all about gender? Maybe she’s just not flashy enough for our gotta-have-a-gimmick/a schtick media? If she were all Lady Gaga-ed out, while explaining plans and policies would the media be touting her as THE ONE?

Rules are different for us Vagina Americans – always have been and MAYBE always will be. It’s not enough to be the best – the smartest, the most planned out and capable, the sharpest diplomat, the most accomplished, the healthiest and most energetic – nope. Apparently, if you’re a VA, an extra special, spectacular show is required. God forbid we elect someone who's merely coolheaded, competent and unsparkly.

Would an unflashy, not shouty faced Penis American with the very same ideas AND fab level of preparedness be similarly ignored?

We got 45, that grifting pile of painted disease currently occupying the White House, in part because of his puerile, screaming tinsel ostentatiousness. He put on a "good" telegenic show without the pesky requirement of intelligence or competence. The cameras DO love a good train wreck. If it bleeds it leads. If it lies it flies. If it’s grotesquely outrageous enough, we’ll make it the pResident.


Those who pull the strings/call the dance of public opinion have, for yonks now, tried to turn every damn thing into a Super Bowl type extravaganza. Anything, including the destruction of democracy, for ratings gold, eh?
Posted by Donna at 8:30 AM