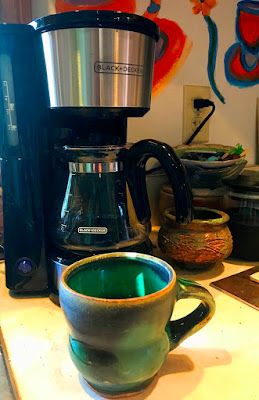 Yesterday, soon after discovering that my java jolt machine had brewed its last cup, Jen took me down to the local Target. We went at 8AM, the minute they opened  because:
Amusingly, we got stopped at the door. Why? The bouncers didn’t think I looked old or feeble enough. Yea? Jen assured them that, despite my costume (tie dye T, bright silver metallic Vans and black trike/bike shorts) and lack of walker, cane or wheelchair, I was indeed old and frail enough to shop during Senior Time.

Jen was convincing – they let us in. 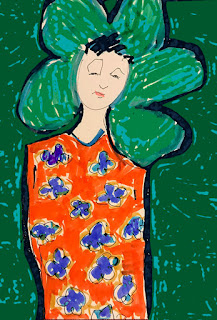 When I leave the house now:

Basically, should I don old person camo and be all undercover and shit?

In any case, this morning I’m doing some damage to a nice, hot carafe of deep, dark espresso roast, brewed in my brand-y new coffee maker. Phew and YEA!

I’ve been a straight up failwad at avoiding, as promised, the news these last few days. OF COURSE! We're living through scary-ass times – I want to know what’s happening.

ALSO, if I didn’t check in, would I know that:

The Alameda County Sheriff's Office late Sunday investigated reports of a tiger loose in the area of 98th Avenue and Golf Links, near the Oakland Zoo. (source) 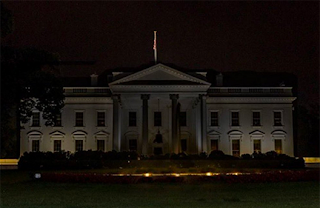 (DID a tiger break out or were the call ins bullshit?)


Prez Weasel Shit, apparently playing grouchy, asshole neighbor on Halloween, turned off the WH lights last night and is hiding in the basement. What? Did he think no one would show up to protest the callous and insane atrocities of his party and badministration if he didn’t leave a light on?


There’s a new hot couple in the very small world of Hainan Gibbons (only 30 left on the planet thanks to us asshole humans). 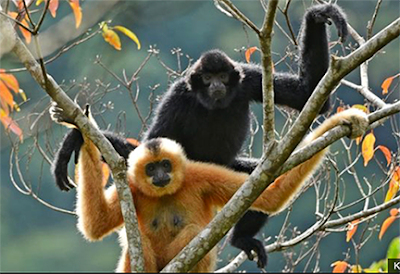 Gibbons are known for their ability to swing gracefully through the forest canopy, making loud, haunting calls to mark their territory. Breeding adults sing duets at dawn to enhance bonding

Villagers heard the calls of two gibbons living in a part of the forest away from the main population late last year.

A male and a female were later spotted, and heard singing together, showing they had formed a stable bond. (source)

No, I would NOT know.

I only mention it BUT, my only sad about that Oakland tiger is that he didn’t actually break free. It’s undoubtedly for the best though. He wouldn’t be safe amongst all us asshole, gun toting predatory humans.
Posted by Donna at 9:22 AM