This morning we’re back with my friend Felicity. When we last saw her she told us a bit of how she navigated homelesnesss while deaf. Here's more of her story.
~~~
I heard about Boston Healthcare for the Homeless from another guest at the shelter. She suffered from chronic pain, and had been homeless for a while. She was a good advisor.

Boston Healthcare for the Homeless would not accept me as a patient. My situation wasn't critical and there weren't any beds open anyway.


Ed. note: Remember, Felicity, like me has Neurofibromatosis Type 2.

I asked Rosie's Place if I could stay in bed to comfort myself while enduring this brutal pain (from brain tumors) and sleepiness (from chemo and anti-convulsants). Their answer was absolutely not!


Ed. note: I find this appalling, cruel and astoundingly clueless. Often, when I’m rockin’ the schwannoma and meningioma headache action, nothing at all helps but laying flat with an ice pack on my throbbing tête. Had I been tossed out onto the streets, survival may well’ve been beyond me.

I never resorted to panhandling. I spent my days at the library or a cafe or walking around. I carried a backpack with everything I needed. It weighed maybe 25 pounds. Manageable, but heavy after walking around with it all day long, in all types of weather 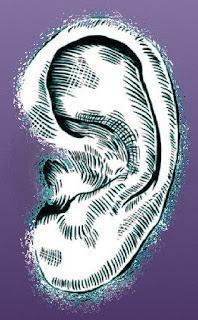 I left the shelter on July 21st. Every guest was allowed a three week stay. I then stayed at various other shelters including Sancta Maria, Woods Mullen, and, now closed, Long Island.

My story isn't unusual or unique at all. You may see homeless people panhandling on the sidewalk, but many more, you never see. They blend right in. They're still getting chemo infusions, going to cafes, museums, libraries. They keep up appearances and you would never suspect that they're homeless.

I once had a stranger approach me and ask if I was an architect. You see well-groomed and polished women walking around the city with rolling suitcases. They may be a tourist or they may be homeless. They may work at Macy's, Shaws, the Pru, or a boutique on Newbury St.
~~~~~~~~~~~~~~~~~~~~~~~


Poverty is not a character failing or a lack of motivation. Poverty is a shortage of money.

I grew up hearing over and over, to the point of tedium, that "hard work" was the secret of success: "Work hard and you'll get ahead" or "It's hard work that got us where we are." No one ever said that you could work hard - harder even than you ever thought possible - and still find yourself sinking ever deeper into poverty and debt.
~ Barbara Ehrenreich, Nickel and Dimed: On (Not) Getting By in America

...it is actually more expensive to be poor than not poor. If you can’t afford the first month’s rent and security deposit you need in order to rent an apartment, you may get stuck in an overpriced residential motel. If you don’t have a kitchen or even a refrigerator and microwave, you will find yourself falling back on convenience store food, which—in addition to its nutritional deficits—is also alarmingly overpriced. If you need a loan, as most poor people eventually do, you will end up paying an interest rate many times more than what a more affluent borrower would be charged. To be poor—especially with children to support and care for—is a perpetual high-wire act.
~ Barbara Ehrenreich, It's Expensive to be Poor

Ehrenreich has brilliantly written about the working poor, the criminalization of poverty. Imagine being unemployed, poor, homeless, deaf AND sick.
Posted by Donna at 7:34 AM