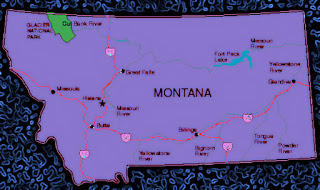 Today is the day Montanans vote for Ryan Zinke's replacement as At-Large Congressional District rep. It'll likely remain in the Red Court BUT...

I imagine you've read about Republican candidate Greg Gianforte’s insane-in-the-brain assault on a reporter from the Guardian. From what I’ve read so far, Gianforte’s a big Richie Rich and, gee gosh, not used to us rude peasants asking direct and uncomfortable questions. PLUS, that nasty, awful reporter actually expected honest, real answers too! Geez, the nerve!

What did the big meanie ask? He wanted to know the candidate's response to the Congressional Budget Office’s report on the latest Republican proposed steaming pile of diseased rat shit masquerading as a health care program – Trump/Ryan Care, the American Health Care Act. Seems like a good thing to ask about, huh? I mean – life and death and shit. Right? Gianforte told the reporter to, basically, get bent and see one of his paid prevaricators for bloviating, gasbaggy quotes re: his position. Still, Ben persisted.

Fox News was there:


Gianforte grabbed Jacobs by the neck with both hands and slammed him into the ground behind him. Faith, Keith and I watched in disbelief as Gianforte then began punching the reporter. As Gianforte moved on top of Jacobs, he began yelling something to the effect of, "I'm sick and tired of this!” (source)


To be clear, at no point did any of us who witnessed this assault see Jacobs show any form of physical aggression toward Gianforte, who left the area after giving statements to local sheriff's deputies.
(source) 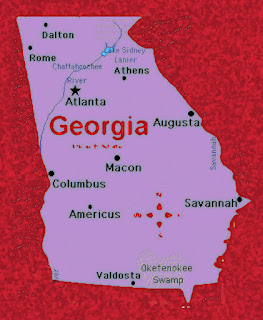 This is Fox – FOX the right wing's fave shill, fer fuck's sake – and even they’re not in this rabid snowflake’s corner. Maybe the tide really is beginning to turn. On the other hand, the deranged bully shtick impresses the hell outta the John McClane/Rambo fantasist Republican base.

Polls puts Gianforte ahead of Quist by slim single digits. A lot of folks voted early (sadly, no take-backs) though. I don’t think this unhinged tantrum is gonna destroy his win.

By the by, though there were multiple witnesses Gianforte hasn’t been arrested. Warum? Brian Gootkin, the sheriff investigating the assault, is one of this asshole’s donors.

With all the bad press of Gootkin's special treatment of his special friend’s crazy, savage hissy fit, will the sheriff feel enough pressure to do the right bloody thing and arrest the berserking enfant terrible (currently masquerading, badly, as an adult)? I'm not holding my breath.

Meanwhile, in the Georgia special election – Ossoff’s got a seven point lead over Republican Karen Handel. Good. I’d prefer a King Kong size lead but seven’s not bad.
Posted by Donna at 8:28 AM