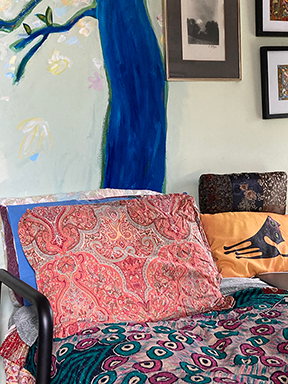 Nothing better than the first night with a clean pair of sheets.

Despite feeling all cozy and fresh, I woke in the darkest, wee hours from a horrifying nightmare of revenge and savagery. The R&S wasn't on me or even by me. I was an outside viewer and couldn’t help in any way. Yeah, like an ultra scary movie where you can only scream/advise ‘don’t go into that dark house’ or ‘take your high heels off, start running away NOW and don’t look back! You wanna get away ASAP.’

This was more along the subtle lines of ‘don’t drink that water your ex-wife just handed you.’ Why not? The water was actually an anti-grav solution. Like all scary movie protagonists, he did exactly the wrong thing. 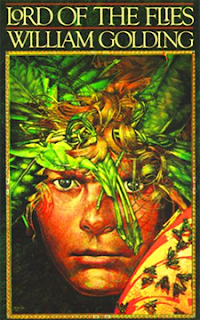 The man’s son was having a sleepover. A big bunch of his, supposedly, best school buds were there. As soon as the father was stuck on the ceiling though, the boys went Lord of the Flies. It was a zillion miles from pretty—monstrous even.

I could NOT get back to sleep and Coco was no help at all. She was all ‘c’mon, I’m sleeping here. Leave me ‘lone.’ Oh, but it’s OK for you to wake ME at obscene hours? Right. Gotcha. 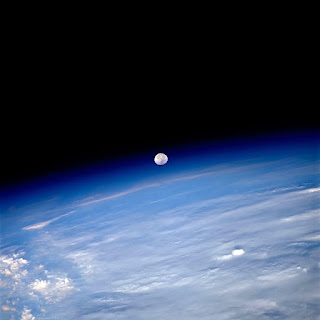 When I finally got to sleep I dreamed of being at a fabulous sale at the old, original Filene’s Basement. I was with an utterly mixed bag of people—some friends and acquaintances, my beloved TAB and a woman from High School who, inexplicably, befriended me on ShoutyFace. Why inexplicably? She’s always made it clear, from HS and now, that while it was OK for me to be within her orbit, it was def unacceptable for me to enter her thermosphere. Why the ShoutyFace ‘friend’ request then? Beats the fuck outta me. Maybe she’s one of those insecure types who think ‘friend’ numbers are real and matter.

In any case, after a big lunch we all boarded the bus back to Boston’s Brighton neighborhood. The ancient bus, however, broke down halfway there. I kept expecting TAB to show up in front of me on the replacement ride. I scrubbed and shined the seat next to me so it’d be nice for him to sit on. Problem though, I was the only one who made the transfer. The bus pulled away from the curb without him. (Allegory much, Donna?)

I got off the bus (Gus?) in Allston, thinking I’d wait there for TAB. Wandering the artsy shops, I discovered one with funky ceramic figures, cups and vases. The artist himself was minding the store. We hit it off and made a date. What about TAB? I understood that he wouldn’t mind.

There was a third weird ass dream in there that I’ve now forgotten. I get it though. This was a night about fear and journeys. Also, great  shopping and persistently conundrumatic people.