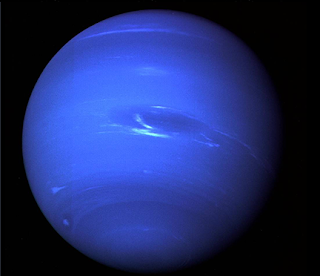 Which puts the planet Neptune in 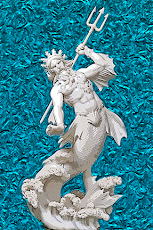 mind. Why? Neptune’s the farthest from the sun and is an "ice giant." Hard to get more frozen than that, eh?

Given their large distances from the Sun, Uranus and Neptune are much colder and have a higher abundance of atmospheric water and other ice-forming molecules, earning them the nickname “ice giants.” Ice giants are mostly water, probably in the form of a supercritical fluid; the visible clouds likely consist of ice crystals with different compositions. (source)

Neptune’s largest moon, Triton, is even more fascinating. It rebelliously orbits Neptune in the opposite direction of the planet's rotation. The 13 other confirmed moons aren’t so daring.

Triton is extremely cold, with surface temperatures around minus 391 degrees Fahrenheit (minus 235 degrees Celsius). And yet, despite this deep freeze at Triton, Voyager 2 discovered geysers spewing icy material upward more than 5 miles (8 kilometers). Triton's thin atmosphere, also discovered by Voyager, has been detected from Earth several times since, and is growing warmer, but scientists do not yet know why. (source)

Triton, Io and Venus page are the only bodies in the solar system besides Earth that are known to be volcanically active at the present time. (source)

In mythology, Triton is Neptune‘s son and official messenger. He’s a merman and wave calmer. 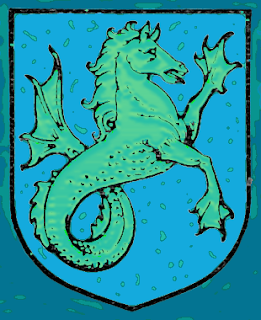 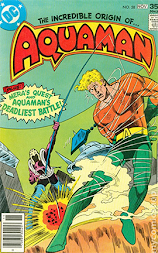 Another, potential moon, is so far, prosaically dubbed S/2004 N1. Waiting on validation of legit moon status before poetic naming? Maybe it could be Eidothea or Kabeirô? Wait one hot minute, Proteus had a couple of sons too—how ‘bout Polygonos or Telegonos?

AND somehow this brings me to Aquaman. Is he the son of Neptune or what? I’ve forgotten my DC comics lore and need to engage in some ‘research’ (AKA comic book reading).

Aquaman, the movie, came out all the way back in 2018. Why am I only reading about this now? It stars Jason drop-dead-gorgeous Momoa, fer fuck’s sake!!!

I now, of course, have watery tarts (AKA Naiads) in my bean.