I Sing the Body Eclectic 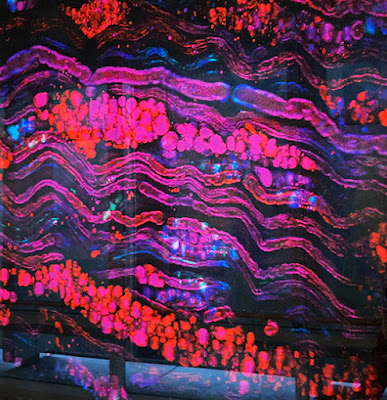 I saw Plotkin, my neurologist, yesterday and the good word is that I get the summer OFF. Okay, I’m off until the end of August anyway. I’ll take it!

The big motherfucker (AKA the goddamned meningioma) chillin’ on my frontal lobe has either not grown at all OR it’s dressing strategically to conceal the extra added weight.

Bottom line? There’s no rush too get me back into the OR. YIPPEE!

This means that I can continue rebuilding strength and stamina, begin the process of getting my two broken teeth removed and replaced and maybe even take a real holiday away somewhere.

And speaking of neuro shit (which we totally were!)…

1) Neuroscientists have released the most detailed 3D map of the mammalian brain ever made, created from an animal whose brain architecture is very similar to our own—the mouse. (source)

The working memory is the brain’s ability to process information for a short period of time in a retrievable state. It is essential for performing complex cognitive tasks, such as thinking, planning, following instructions or solving problems….The scientists found that birds and monkeys – despite their different brain architecture – share the same central mechanisms and limits of working memory. (source) 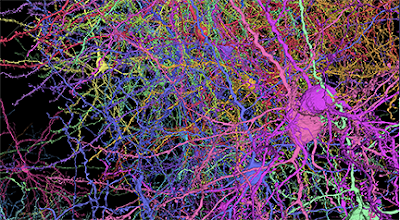 3) Neurons communicate with each other via electrical impulses, which are produced by ion channels that control the flow of ions such as potassium and sodium. In a surprising new finding, MIT neuroscientists have shown that human neurons have a much smaller number of these channels than expected, compared to the neurons of other mammals.

The researchers hypothesize that this reduction in channel density may have helped the human brain evolve to operate more efficiently, allowing it to divert resources to other energy-intensive processes that are required to perform complex cognitive tasks. (source)

Nice speculation science researcher dudes and dudettes but this in no fucking way explains the Republi/Fascist party and all their dimwitted, drooling, gun toting, micro dicked and criminally callous adherents.

4) Apparently good ol’ Walt Whitman was on to something.
New findings reveal distinctive electrical properties of human neurons that may give us a boost in computing power. (source) 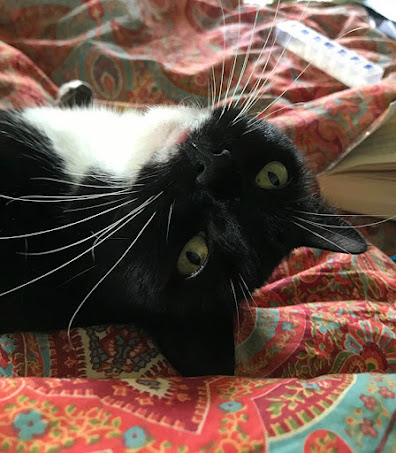 Frankly, Walt’s poem’s title, I sing the body electric, also the first line, is as good as it gets. It’s honestly now, all downhill from there.

Just look at the next line:

The armies of those I love engirth me and I engirth them,

Engirth? Please, that word has no fucking rhythm or beauty. It means to surround, encircle; encompass. Any of those would be preferable to engirth which sounds like something a giant, sweaty, Olympic Sumo wrestler would do.

Today, Ten and I will return to Valhalla. I only mention it but my sweet Princess Coco is still (two weeks on) dead. She’s not there waiting for me and this breaks my ridiculously tiny heart.

Last night I dreamed that my girl was still alive—incredibly weak but alive. She was living in Jen’s basement where Jen was nursing her back to good health. I just needed to give everyone space—stay outta the way—and Coco would heal and come home with me again (much easier imagined than done).