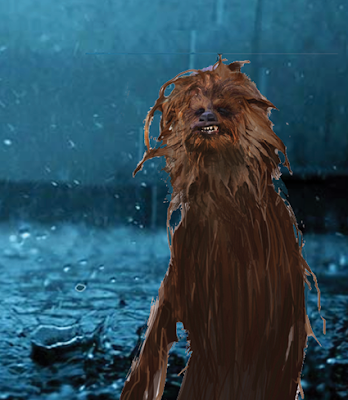 I was outside a small house, apparently mine. Instead of sitting next to a cozy bay (as in real life), it was set at the edge of a vast marsh.

The day was bleakly dark and rainy.

A ways off, in the tall grass, I saw someone working at something at a tall table. Looked like they were chopping? Slicing? Readying ingredients for a meal? Something to do with big shiny knives.

I walked over, my sneakers squelching in the rain drenched ground. Who did I find?

Waddya know, it was Donald Trump Junior AKA Beavis (or is he Butthead?), AKA Daddy’s Least Loved Spawn, AKA Junior Meth. I was about to ask what the fuck he was doing and WHY was he doing it in MY marsh. At that very moment though, I caught a rumbling movement in the soaked earth to my right. 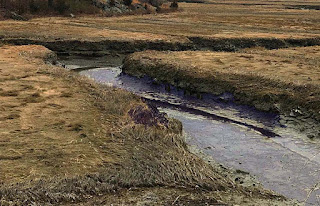 The soil began to pull apart, revealing a drenched, mud coated, fully armored-up malevolent seeming Wookiee. Dude def looked like he was entertaining some violent death thoughts. I was pretty damn stunned and hadn’t yet put my flight response in full gear when another fissure opened up and, yes, here was another spear wielding, murderous (probably murderous) Wookiee.

Damn! I jumped and made a serious beeline for the house—I’d be safe from giant hostile Wookiees inside my cottage, right? They can only enter if invited, right? Oh wait, I think that's vampires. 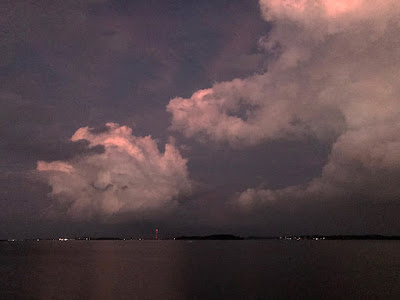 Before zipping too far off, I stopped—I should go back and help Coke Boy escape, right? That’d be the good, kind, responsible, adult thing to do, right? I gave it a full second’s pondering before coming to my decision. NOPE, junior was on his own. I skedaddled.

Ya know, maybe I was wrong about these Wookiees. Possibly they weren’t death dealing monsters. Maybe they were just cranky after laying in the cold, sodden earth? Could be they just wanted a nice hot shower, a dry martini and some clam chowder after their mud bath. I bet they’d appreciate some roasted Brussels sprouts too. After running Junior Meth off the marsh I expect they’d have an appetite.

It’d be unneighborly of me to turn away a cold, hungry Wookiee in need. 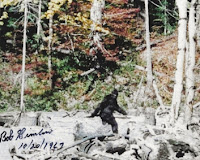 Of course, I could be mistaken. Maybe, instead of Wookiees, these were Honey Island Swamp monsters. I hear tell they’re distant cousins of Bigfoot and Bigfoot is sort of Wookiee-esque. But wait, doesn’t he make his home in the forests of Minnesota or Montana or someplace like that? Yep, def not a marsh dweller. Also, Sasquatch don’t exhibit Wookiee levels of hirsuteness. Okay…similarly, the Honey Island Swamp monster is native to the swamps of Louisiana. Sure, marshes are sorta, kinda swamp-like BUT the water up here is damn cold compared to, say, Lake Pontchartrain.

I guess these were in fact Wookiees in my dream.  Maybe, in tonight’s Dream Land I’ll get a sequel and find out the important deets like:

Email ThisBlogThis!Share to TwitterShare to FacebookShare to Pinterest
Labels: Dreams