The Queens Crackpot thinks we should all end/defy the COVID 19 life preserving, curve flattening measures and go back to work after packing the churches on Easter.


“You’ll have packed churches all over our country … I think it’ll be a beautiful time.”


“I just think it would be a beautiful timeline.” (source)


*ahem* Pander to your dimwitted evangelical base much, Sparky?

Dr. Tina Tan, board member of the Infectious Diseases Society of America and staff member at Lurie Children’s Hospital of Chicago, responded with a pithy:


“Obviously Trump is not rooted in reality,”


“This is the making of a major public health disaster. I am not sure where he is getting his information from, but it is extremely flawed.” 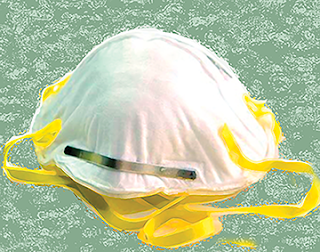 The lockdowns are saving lots of lives. AND it ain’t just us over-60 and/or immunocompromised types who die or need to be hospitalized. 40% are 20-54 years old.  FORTY PERCENT! Chicken feed, this is NOT!

“Opening up the country” (AKA business, Wall Street and, lest we forget, the Grifter in Chief’s tacky, gold painted, health-code violating hotels) after Easter is a fairy tale he’s telling himself (so as to avoid imagining himself in the hoosegow). He wants the rest of us to get on board the It’s-All-About-ME-ME-ME Fairytale Express.

Sure, I’ll let my father/husband/self die so you and your buds can stay disgustingly, uselessly, filthy rich.

Texas Lieutenant Governor Dan Patrick jumped right in in to lick his lord and master’s bunghole. This braindead Bozo STRONGLY suggested that grandparents would be happy to die (from the Trump Virus) in order to save Wall Street. Ya see, to Mister Patrick, America and Wall Street are one and the same.


"I just think there are lots of grandparents out there in this country, like me, I have six grandchildren, that what we all care about and what we love more than anything are those children. And I want to live smart and see through this, but I don’t want the whole country to be sacrificed…" (source)


You first buddy-boy, you first. 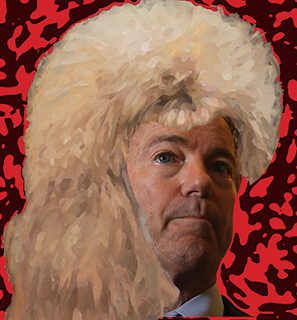 Rand Paul (R-MEGA fuckwadian-poodle turd-imbecile, Kentucky) wasn’t there to vote because, oopsie, he came down with the “hoax." Also not voting: Senators John Thune, (R-Imbecile, South Dakota), Mike Lee , Mitt Romney (both R-Imbeciles from Utah) They’re all self-quarantining due to Paul’s shoot-yourself-and-your-crew-of-fascist-freaks-in-the-foot behavior.


One last holdup, according to two congressional aides, surrounded a final condition for the more than $500 billion in corporate rescue funding (AKA The Mnuchin Slush Fund): Schumer insisted on language requiring the terms of those loans to be disclosed to the public within seven days. (versus the original six months) The change was made, and the final bill circulated to Senate offices shortly after 10 p.m.

The legislation ensures that taxpayer-backed loans cannot go to firms controlled by Trump (AND his vile spawn), other White House officials or members of Congress. That would suggest that Trump-owned properties, including hotels that have been hurt by the downturn, cannot seek taxpayer assistance. (source)

Now that that's done, it's time to start working on VOTING – making abso certain that the Republi/Fascists don't steal another one from us.
Posted by Donna at 9:49 AM

Email ThisBlogThis!Share to TwitterShare to FacebookShare to Pinterest
Labels: Rants, the Trump Plague