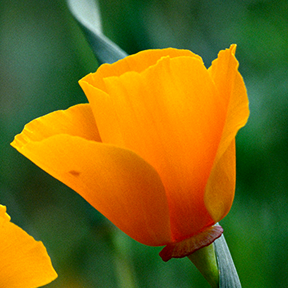 No new news on Daddy. He’s hanging in. Here are a couple memories though:

I was in my mid-20s. Daddy had stopped by for a quick visit with me after seeing his father in upstate New York. I invited a bunch of my pals to join he and I for dinner and drinks at a comfy local joint. This was a group of, mostly, aspiring writers – all widely read, smart, baseball fans…just like Pop.

The evening went late (I believe we closed the place), there were loads of laughs and great, fast moving, wickedly entertaining convos. Everyone had a grand time. When Daddy and I got back to my apartment he happily proclaimed that he’d had such a fab time that he never felt the difference in age between my pals and him. He felt like he’d been out with contemporaries.

That I could make him so happy, show the old man such a fun time, felt wonderful. He’d been having a rough time (one of my sibling's constant, very expensive failures, his own father’s declining health, mother's issues – health and otherwise) – so, it was tremendous to see him relaxed and laughing.

~~~~
The day he and Mother visited and met The Amazing Bob who was just six years younger than Pop and 16 and a half years older than me. I was worried. Would they like him? Would they be all freaked about the age difference? That would be bullshit since Mother had nine years on Pop.

They pulled up in their big, battered Chevy and we got in the back seat. Daddy’s first, somewhat, tongue and cheek words to TAB were “what are your intentions toward my daughter?” I’d have died of embarrassment but I figured (HOPED) Pop was joking. Would TAB get that? He replied, in a total Eddie Haskell voice, “strictly dishonorable, sir.” It was a wonder Daddy could drive with how hard he was laughing.

At the restaurant TAB and Pop were off to the races talking Red Sox games and players from the ‘40s on up. Yeah. Me? Bored now but happy they were getting on so well. No clue what Mother and I discussed. Probably Nf2 the only thing we had in common.

Now, I’m just waiting for Celeste’s text with the bad news. Maybe it won’t happen happen for a few more days. Maybe he’ll magically make an astounding recovery. I’m not counting on it.