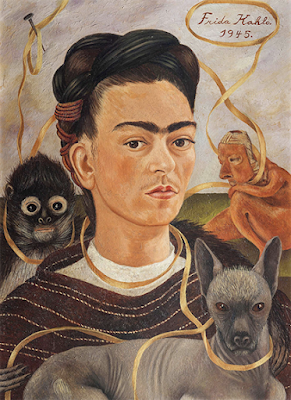 First—I dreamed that I was out clothes shopping with and for Paul Simon. We were at some sort of Christmas Bazaar in Dublin, looking, mostly, for warm, winter outerwear. I picked out a deep, forest green suede vest, lined with felted sheepskin. He loved it—I was given free rein to snatch up whatever I thought he’d rock.

The fuck’s this all about? Is this just some random shit or is there deep meaning here? Hell if I know.

Second—doesn’t that look like the former guy on Frida Kahlo’s shoulder? Yeah, gross,

Yes, I would totally LURV to have this book but Taschen art books are notoriously expensive. Also too, I live in a small cottage—it’s not like I have a library with a coffee/book display table.

Third—you know we’ve broken the planet when Ballywatticock (just south of Belfast), in temperate Northern Ireland, is close to 90º. This is obscene.

By the way, the name Ballywatticock? It’s adapted from the Irish, of bloody course—baile meaning ‘townland.’ Uaitecoc, supposedly, translates as ‘with a big thermometer.” Seems a little too spot on to me given the article’s content. Hmmmm?

Shit’s gotten real in Edmonton, Alberta and the U.S. NorthWest too. 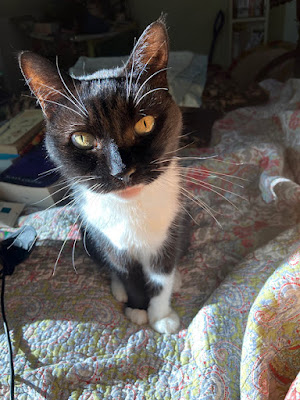 Fourth—Cleanliness is next to Bastliness. I miss standing up to shower. With the partial return of my energy levels though, I’m doing better at the sit down, scrub and don’t fall over schtick. Even so, showers totally count as exercise. Even more intense exercise? Getting dressed, post bathing, is a bitch and a half. There’s the struggle to get my lame limb into the pant leg and then there’s the dicey balancing act of standing to pull up those pants. There’s putting the T on over a still damp head and torso. I’m not EVEN gonna talk about socks! That’s some motherfucking, sweaty work. Believe it!

I wish I had the dexterity (and lack of self consciousness) that Coco rocks. She can bathe anywhere, anytime and always cleans between her toes. My kitten doesn’t need to put on a smart suit afterwards—she’s already wearing one.

Fifth—Christ on a fluffy cloud, yesterday was gorgeous! 79º, a little cloudy but just enough to keep the heat down AND there was a light sea breeze. I sat out on the porch, drinking it all in, while I read.

Here’s something I didn’t expect—after spending SO damn much of the past four months inside (a significant portion of that time in bed) I was unprepared for that light and lovely sea breeze, the view of the endless ocean (broken up by the harbor islands), the skyscraper tall trees and the pale blue sky—much farther up than the ceiling in my cozy bedroom. I felt like an alien—a stranger in a strange land.

It was freaky mes amis, def odd. I lasted two hours before retreating to my bedroom hidey hole. 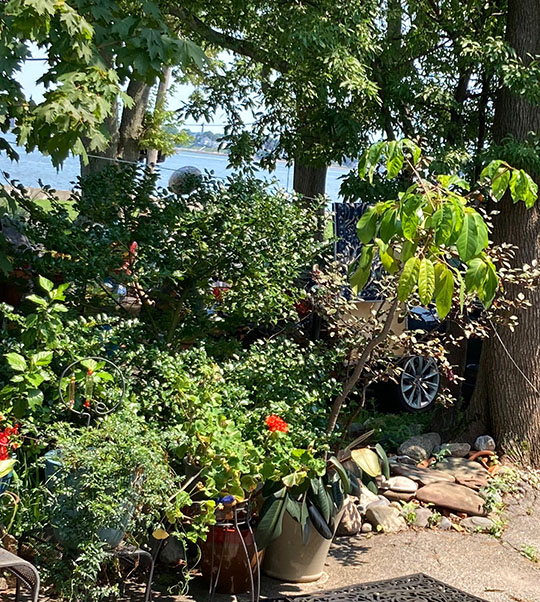