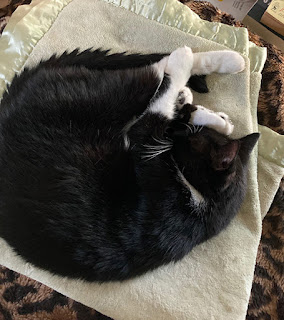 I had the strangest dream.

I dreamed that I was urgently trying to get to my therapists office. So much so that I hired a cab to get me there. This was a rare Sunday appointment.

Unlike reality, her office was in the Jamaica Plain section of Boston, a hipstery part of town—at least it was until Davis Square in Somerville took the crown. In my dream the roads were even more snakey and snaggley than in real life. ALL too easy to get lost, which my taxi driver handily did.

Time passed—too much time. I GOT that I’d never make it for even a short sliver of my session. Not only that but I got a snippy voice message from my shrinker. Two things which give away the whole I'm sleeping bit: 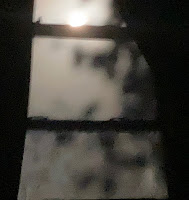 A) Stella is NEVER snippy with me.
B) Guess I still had hearing in this nighttime movie-ola.

The other fucked up bit is that, I opened my wallet and had ZERO spondulix to pay the cabbie. Oops. We hunted for an ATM, specifically one in a bodega. Why? Perhaps Taxi Man and me needed soda and a bag of chips after all this Lost in America biz? Finally found one. While I ran in, the driver got into a near banjaxing wreck…in a parking lot (which don’t actually exist in JP). ‘the fuck! That takes serious skill.

The car, now a twisted metal sculpture of its former self, astoundingly still ran and so did we. At this point, I’d given up on my shrink session and was gonna head back home. At that moment though, I got a call from a friend who lived nearby. Her and her wife were having a party and wanted me to come. Yea!

Cab Man and I would be the only hets but then sitting in the backseat, appearing like magic, was Hillary Rodham Clinton and her girlfriend (yes, in my dream she was gay). I asked if they’d like to join us and it was off we went to Partyville I recall thinking that me and Cab Man wouldn’t stand out so much as the only hets—we’d stand behind HRC and her pal. They’d give us cover. What? Were the ferocious lesbians going to bite?

Yes it was my pal’s party. Yes, she knew which team I play on. WHAT?