I Have More Questions 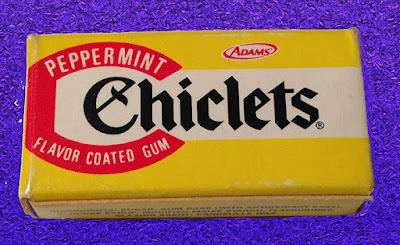 How come there are Dad jokes but no Mom jokes? I call bullshit! Oh wait, is it because all the Mom jokes are too filthy to print in a family newspaper?  Probably. (remember newspapers? Ink on paper. Damn, I’m old).

What about post-menopause woman jokes made by us post-menopausal chicklettes? We may be grumpy and cranky as motherfucking hell but we’re funny—goddamn it.

Remember Chiclets? Do they still exist? Ah no BUT they’ve been replaced by something that looks, suspiciously, exactly the same—Chicle Chews.

Speaking of Hell, is it really a grumpy place?  Looking at the show Lucifer, I’d have to give that a resounding NON! As soon as I can leave the house and make it over all the ups and downs of Jen and Oni’s place, we’ll get to watch the current season. OK, ok, he left Hell ‘cause he was bored but it took him a long time to get to that point. Ya know?!

If proclaiming something ‘awesome’ or ‘cool’ is OK, why does the exclamation ‘smashing’ come off so out-of-date, cheezy and trying-too-hard? Would smashing be more on par with ‘groovy?’ If smashing is dated like groovy, isn’t awesome as well?  OR has awesome become part of the standard vernacular? I’ve one hell of a time keeping up with the slang—old and new. Fuck man, I still don’t know what ‘woke’ means.

Christopher Pike—BEST Star Trek captain (as seen on Discovery) or ‘nah?’ I vote ‘HELLS yes he is!’

I’m fucking 62 years old and just discovering the wonder and joy of loofahs and body poufs versus washcloths. I prefer the poufs but they’re plastic. Are made-from-recycled-plastic ones available? Oh, YES they are! Scroll and check out the teal/cobalt blue combo. That’s TOTALLY my next online buy.

Even though I now, generally, write ideas and shit down when I think of them (knowing it’ll slip outta my bean if I don’t), WHY is it that I just write down one word? Am I a fucking mind reader? Yeah, I ‘hear’ you—it’s your own mind though, Donna? Fer instance, I put ‘red’ in a Notes doc—nothing else—just ‘red.’ ‘The fucks THAT supposed to mean? 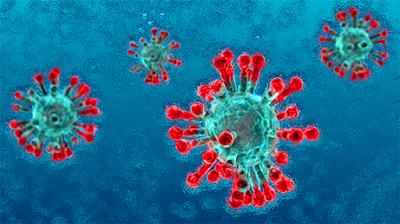 Has the phrase ‘avoid it/that/him/her like the plague’ become a lefty, liberal, partisan expression now? Seems so given that 98% to 99% of the Americans dying of the coronavirus are unvaccinated.  I guess it’s the hip thing amongst the GQP to not avoid the plague and die for their party. You don’t need to remind me to never set foot in a red state.

On that note, are all dentists Republicans? That is, members of the Death Cult. I ask because I’m gonna need to have a broken back tooth removed soon. Crazies like Rand Paul and Paul Gosar aren’t exactly making the dental profession look intelligent or sane.