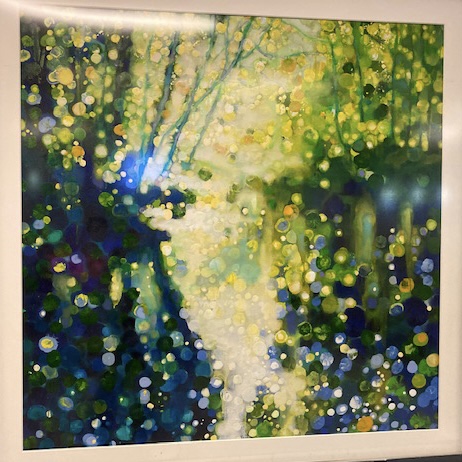 Jen and I were in Mass General’s ER for the better part of Thursday late afternoon and Friday. In fact, we hit the 24 hour mark, to be all precise and shit. My past record was 18 hours. I believe I’m now in contention for the Gold. Getting through an ER stay is an Olympic event right?

I’m still woozy and struggling to regain my battered joie de vivre. (More about that tomorrow) but here’s the skinny on our interesting experience.

We, not for the first time, realized there’s a lot of good people-watching in the old ER. Yes we were in hell but the visuals were straight up fine.

Fer instance—we’ve concluded that one of the protocols for hiring women, is that they must have GORGEOUS, shiny long hair. Curls are a major plus. What we saw were real ‘tresses’  not mere hair. All colors were natural. Yes, even the blondes. They were healthy as fuck-all and emitted sonic ‘like-me’ vibes. REALLY! HEY, I don’t make the rules, I just report what I see.

The men? All had to be 6’10 minimum with shoulders broad enough to land a Cessna.

All genders? Bods so brill Lucifer AND God are swimming in the ol’ Envy Sea, I’m telling you, there wasn’t a flat ass in the joint.

Back to Black Widow Karen—Jen nicknamed her because she was totally a Karen. Tall, skinny, clad all in what she probably thought was a wicked fashionable black biz suit. (Oh please, ultra dark duds are so last season)

Her pumps were gleaming, sporting six inch heels. Karen made it clear that she was totes sure she well above all us peasants and most of the medics too.

Out of all the patients in the emergency room (including homeless folks, drug addicts and prisoners with cops watching them ), our girl annoyed the staff the most. This week’s Bad Behavior centerfold believed it was her wealthy white privileged right to cut to the front of the line. Karen couldn’t understand why the staff didn’t bow and scrape at her very presence. The staff tried to explain ‘You’re in a busy emergency room in Boston and these things take some time.

Since she couldn’t see a doc as fast as she felt she deserved Karen chose to dramatically announce her exit. The wonderful crew explained it was certainly up to her but they really wanted her to have her scan because she might really, actually have that self diagnosed blood clot in her lung. Her response? She stayed but pranced around the emergency room trying to get the attention of every nurse she could to ask the exact same questions.

At first the nurses were patient and helpful but she wore that out right quick. Our girl kept asking what the procedure would be if she were to leave 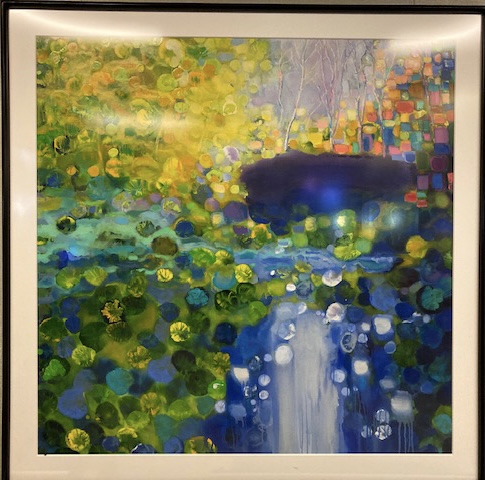 When the nurses didn’t take the obvious bait,  Saint Entitled of the Back Bay Entitleds, got foot stompingly annoyed. She told them to stop talking down to her.  (Projection much you rancid honied twat?) The nurses patiently held their ground, telling her they were not talking down to her. They simply didn’t understand what her agenda was. Gasligher  Girl stomped off in a flash and a half.

She invaded other exam rooms (occupied or not) contaminating them with her germs. I expect, in her huff, she’d licked all the equipment .

Karen’s next gambit was to demand to speak with the manager, the ‘head doctor.’ The nurse explained, ‘the head doctor of the emergency room isn’t able to see every single patient.’ Still somehow her demands made it up the chain (money and slimy connections grease a lot of wheels). One of the big docs, catching wind of this annoying spider twit, came down and confronted her. This insult to humanity never changed her tune—never recognized or felt bad about her embarrassingly contemptible behavior. The head doc said ‘look we’re going around and around in circles. The longer we do this the more delayed your treatment will be.’ Finally, after having an important white man tell her the score, she agreed to stay and magnanimously accept treatment. Karen was told she’d need an IV put in to prepare for her scan. That was a whole other scene—more questions, more prancing around the ER and more annoying the staff with her smelly weasel shit.

Eventually a nurse came over, agreed that she could sit in a room which wasn’t hers so that they could get the IV into her arm.

An aside: us peasants were on gurneys lining the walls. All of “em. Joint was Jumpin. 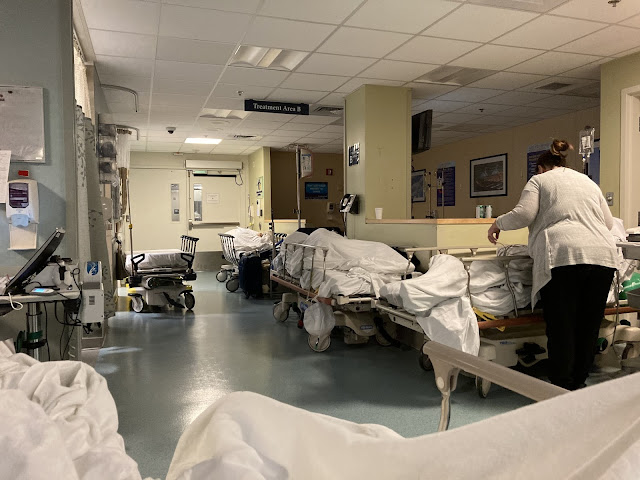 Later after the IV was in her arm she attempted to leave. (Enough fun for one night, eh?) The nurse yelled after her ‘you can’t leave! You have an IV in your arm.’ More America: the Stupid Asshole Years ensued.

The best part, for Jen and me, was when my neuro (a doc of no small fame) and his pack of residents came through. He was looking, of course, for me. After all, I’m the nasty nag who’s been (with cause) bombarding his office near daily for the, at min, last few weeks.

Scott did a drama school double take and walked right over to me with his crowd of baby docs following closely. Yeah, we talked, we schmoozed—smiling progress was made. 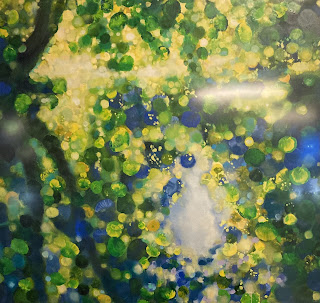 Jen told me later that, the whole time this was happening, Karen was staring a drawerful of exquisitely sharp kitchen objects directly into my weary peepers. HAH!

There were all these people—patients around her who were going through way worse than what she’s potentially got going on.  She never saw anyone but herself. The amount of times she walked in between, interrupting us when we were talking drove me to, almost, trip her. It took all of my willpower not to reach out to do just that. It would’ve would’ve been hilarious for everybody.

Hey, when on the 18th ER hour, peace, chill and being a sane adult can be elusive. I wouldn’t have blamed Jennifer one microscopic bit if she had.

This post was co-written by my BFF and me. The prints are bad pics from the ER waiting room. Yur welcome.