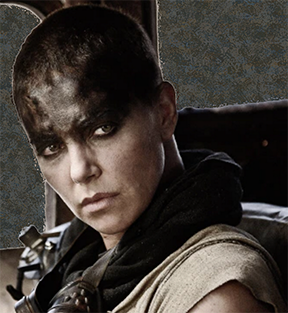 Too much shit was hitting the fan all at the same time. Don’cha just hate when that happens?

The tooth breakage was the final camel’s back breaking straw. After spending the better part of the day in a sea of utter despair and sorrow-osity, I got pissed. REALLY BIG TIME furioso.

Jen had called, leaving messages at my neuro’s office—no reply. Usually a phone call has better odds of response than an email. Normally it would but not this time. Plus, ya see, now I’m angry. No, I’ve not yet heard back from my previously loved neuro but I’ve lit a fire under his nurse team—encouraged them to make more of an effort to get ahold of him. Later this morning, if there’s still no action, I’ll write my PCP, tell my tale (she’s actually already aware as she’s part of the MGH system) and ask her to get involved. What can she do? Dunno if she can do more than ring the office but her calls may hold more weight than mine. I know, that seems absurd. After all, I’m the patient in the scary sitch who’s lost almost all of her post op rehab gains but...she's a coworker doc. I'm just a 63 year old babe who's gonna take the last train for the coast in a few years anyway. Why waste time on someone with foot out the door.

If she can’t get through? I’ll ask her to refer me to another neurologist. I happen to have the name of another, highly recommended, one—same hospital, same department.

In Vision World, I have only begun to fight. There will be more stern phone calls and emails today.

Regarding my insane dehydration, I’ll contact my PCP for her thoughts. I’ll also attempt to drink more than a Lake Superior’s worth of caffeine-free, nonalcoholic fluid today.

The tooth? There’s no avoiding dental surgery now. //sigh// I’ll see if Jen can schedule that for me today.

Given all that’s going on, it should come as NO fucking surprise that I dreamed of horrific train wrecks last night.