In the Nick of Time

I was moved here to Spaulding Rehab yesterday morning. It was unexpected and fast transition—I was under the impression that I wouldn't be moved until Monday. This was a wonderfully timed deal. With no MGH PT, I’d started sliding into morbid mode. There were no differences from day to day, MGH food was devastatingly bland/uninspiring and without PT I was unable to leave the bed on my own.

I got to thinking of all the music I’ve lost and how rotted my memory has become.

Though I could see and hear it in my head. I could NOT remember who composed Bolero, let alone the name Bolero. The animated film from Allegro Non Troppo by Bruno Bozzetto was in ma tête but nothing else. OK, except for Beck’s Bolero from his album Truth. That’s how I traced it—through Jeff Beck. 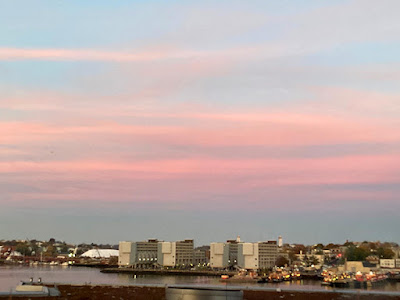 Then Nijinsky‘s ultra awful rendition of Debussy’s Prelude to the Afternoon of a Fawn came to mind. There’s just NO reason on the planet to still have a remembrance of this! Yes Nijinsky was a tasty snack but this performance was an embarrassment to all mankind.

Next up in half remembered city? Aaron Copland's Appalachian Spring. It was the first non-foofy, no tutus with satin rosettes ballet I’d ever seen, (choreographed by Martha Graham and Merce Cunningham). My bean flat out exploded.

I recalled Kate Bush’s Wuthering Heights and Pat Benatar’s disappointing cover. Benatar just didn’t have Bush’s chops, her range to pull it off IM-not-so-HO. Couldn’t remember Bush’s or the tunes name. Maybe I'm misremembering Benatar's performance? How would I know?

There was Eddie Vedder’s brilliant cover of Dylan’s Masters of War. I kept thinking his name was Jeremy and the song was Idiot Wind. Ah… nope!

All these moments lost, like tears in the rain. 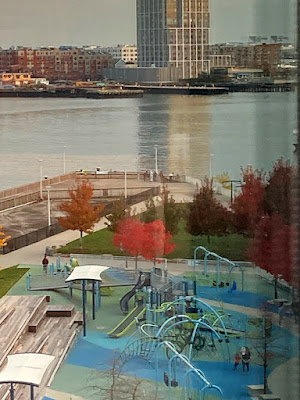 Saturday, Daylight Saving's night wasn’t a great one for sleep.

Also, I’d found out that Plotkin (AKA Neuro Man) chastised Jen for NOT mentioning my evacuation issues (i.e., peeing and pooping) because these are big red flags for my particular brand of spinal tumor probs. ‘Well, fuck Man, why didn’t you ask? I’m 63, fer fuck’s sake—even without Nf2, nothing is up to code anymore!’

So now I was all nervous and paranoid (needlessly), ‘Did I have a BM today? No? Does this mean that rat bastid meningioma is back?’

Now that I feel I can’t take anything as normal old crapolatini, I was lost in Paranoia Town. ‘Does the sudden drop in my right side vision mean that the tumor in my frontal lobe is picking a nasty fight at a very bad time?’ Maybe. Jen will call my neuro-ophthalmologist today as well as slow-response Plotkin.

Happily that move to Spaulding came in as I sunk. The ambulance crew were awesome, I got to bid adieu to my favorite nurses and check in with one of Coumans’s mini docs about some of my worries (I’m, relatively speaking, fine). The food at Spaulding is light years better, the staffing greatly improved (over my last stay) AND I’ve got a wonderful view.

Today I’ll have PT and the earth will continue to spin.