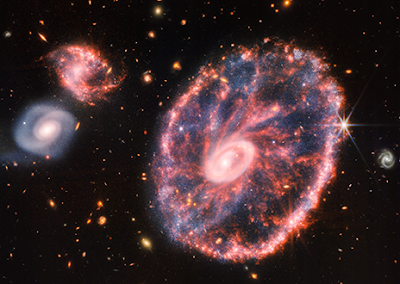 This is the Cartwheel Galaxy (seen through the James Webb Space Telescope). It’s 500 million light-years away in the Sculptor constellation.

And, somehow, this tune is now in my head.

You ever wake up and just feel like crying? You know, an all day sob-a-thon? The very idea of getting up, brushing your teeth, putting on clothes and taking a walk feels light years beyond your abilities? The weight of life’s constant struggles, the relentless bad news, the blistering temps which make everything a thousand times more difficult and painful—it’s all too damn much? 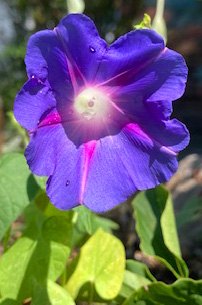 That’s how I felt this morning. I got up though, brushed my teeth, put on my duds and took that walk. It was, compared to yesterday’s .68 of a mile slog, a short one—just .4 mile. Why? I need to have the energy to do the rest of my rehab exercises today, including the 200+ steps that I take without a walker or cane. Now, post-walk, I feel incrementally less bleak

I still want a temp vaca from life though. Shit’s just too damn hard and has been for the past too many motherfucking years. All I wanna do is eat coconut milk cookie dough ice cream, watch Buffy and Firefly and read fantasy/scifi books where the heroes always win the day. I’d also like to go out to eat, get my hair cut, shop, travel, hit an art gallery or three. Between the Trump Plague resurgence and NF2, that’s all out of the question. For now. 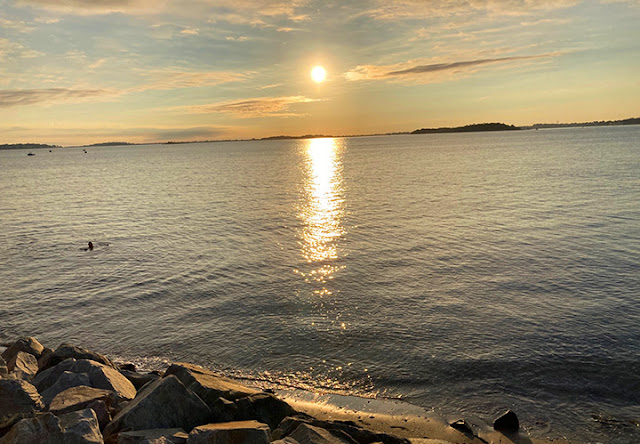 I feel as though I’ve become an introvert with agoraphobic leanings. While shuffling along the seawall, I saw that my neighbors, Andrea and Mike, were taking an early swim (it was just after 6AM). I should've waved hello but I was too busy focusing on not tipping over. Dammit.

In a just world, Alex Jones and his ilk would be set on ultra remote ice floes without tools, weapons or food. They can survive or die, I don’t care—as long as their suffering is at least as much as what they’ve caused others.

I don’t live in that just world though. None of us do.

The good news this morning is that voters in Kansas rejected a proposed state constitutional amendment Tuesday that would have said there was no right to an abortion in the state.
That’s, again, KANSAS. The citizen’s of this Trump voting state aren’t exactly known for valuing the rights of those who fail to be wealthy, healthy and white. So, this is HUGE goodness.

Maybe holding out hope isn’t so irresponsibly naive after all.  Maybe.