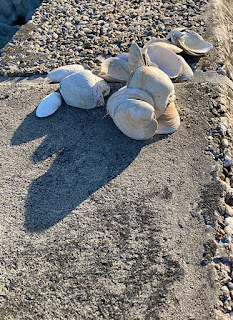 C’MON, it’s Thanksgiving weekend! You can’t expect me to be a rehabbing queen on a goddamn four day holiday weekend—or can you? By ‘you’ I, of course, mean ‘me.’ I’m feeling guilty for having only walked .73 of a mile yesterday. Granted that was all in one go AND I walked a mile on Thanksgiving so, ya know, cut me some damn slack, okay!? (that was me battling the heinously strong guilt monster who rides me 24/7/365–366 in leap years)

So far today, I've only done .43 of a mile but it’s windy out there! I’ll do another walk later plus some indoor balance shit (like standing up, folding clothes. I swear, my existence is nonstop, edge-of-the-seat thrills). 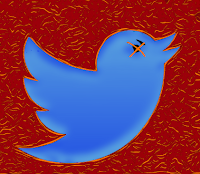 And speaking of Elon Musk (weren’t we?), what’s finally gonna drive me off the Bird app are the incessant tweets about and from the pasty, racist, born-on-home-plate/thought-he-hit-a-home run prick. He’s nothing more than a younger version of TFG with a better hair replacement job. Like Trump, Musk craves constant press and the media is obliging this freakshow. It's both good for clicks. Muskrat's incompetence, bigotry, malevolence and fragile, bloated ego are spotlighted on center stage. Bored now.

What are some of the AKAs for the overly entitled twatman? 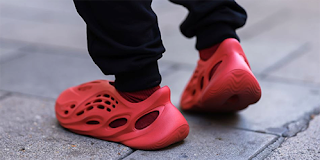 How about Kanye West’s unflattering AKAs? I’ve only seen one so far—Skeezy, a play on the name of his sneaker and heinously ugly Croc knockoff brand—Yeezy.

And speaking of Skeezoid, the proud antisemite has announced he’s running for president…of the U.S.! Yeah, good luck buddy. Better still, he shared the big news at a Mar-a-Whatever dinner with TFG and the miscreant Holocaust denier Nick Fuentes. (It’s the first line of a joke—three white supremacists walk into a room but only one of them is white…)

Skeezbag followed up by asking TFG to be his VP running mate. Hilarious! That went over real well. True to form, TFG responded with insults about Skeezy’s ex-wife (shades of Cruz). What a class act, n'est-pas?

The only hate-filled, egomaniacal and mentally banjaxed shitstain missing from the dinner party was Apartheid Clyde. I’m sure he’s heartbroken that he wasn’t included. Wonder if he's upset enough to fuck off to Mars? An old tart can dream, ya know.

I think this works. A riot is what I would expect to happen when a group of NO, I’m the best! puke puddles are within two meters of each other. Rabid Chads and/or Karens fighting for dominance is inevitable.