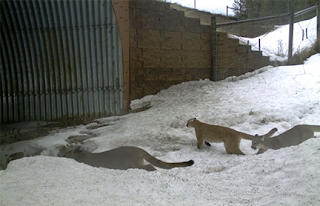 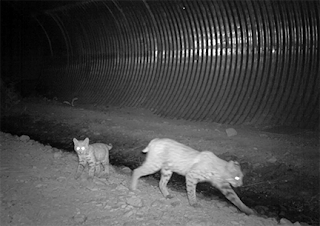 Highway 93 in Montana had long been known as one of the state’s most dangerous roads. Now, it includes 42 wildlife crossings built based on Indigenous knowledge and values.

And they’re working: According to a 2015 study, animal collisions have declined by 71%. Now more than 22,000 animals use the crossings annually, protecting both drivers and wildlife to migrate safely. (source)

While Montana had been lagging in the 20teens, they’ve been stepping back up. Why? Because it makes a shit-ton of bloody sense, that’s why. 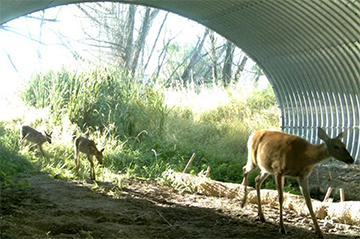 One study based on 15 underpasses found that 24 species of animal used the crossings during the study period. Huijser and his co-authors found that deer were most likely to use them, followed by black bears and coyotes, but other animals including bobcats, ring-necked pheasants and racoons used them, too. Another study conducted by Huijser found that the most effective crossings on Highway 93 reduced auto crashes with wildlife by nearly 100%, and the least effective ones (those lacking optimal placement, design and fencing to encourage animals to use them) improved wildlife-vehicle crashes by about 50%. (source)

Thanks to Biden’s infrastructure bill more wildlife crossings will be built. Fewer animals will be killed and there won’t be as many dead people and smashed cars either.

Good People numéro deux:
Dallas Goldtooth leads the Keep It in the Ground Campaign of the Indigenous Environmental Network.

Along with his many tasks and duties with IEN, he is also a Dakota cultural/language teacher, non-violent direct action trainer, and was one of the outstanding Water Protectors at Standing Rock/Oceti Sakowin Camp fighting the Dakota Access Pipeline. (source) 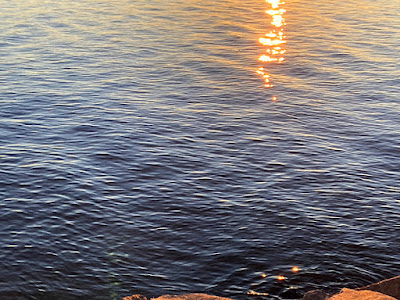 Goldtooth is also an actor, comedian and a founding member of the indigenous comedy troupe the 1491s .

Chasinghorse is a 19-year-old fashion model and climate activist from the Hän Gwich’in and Oglala Lakota tribes. Based in Alaska, Quannah is a vocal advocate for protecting the Arctic National Wildlife Refuge from oil drilling and protecting Arctic communities from the devastating effects of climate change. (source)

Houska is a citizen of Couchiching First Nation, a tribal attorney, land defender, environmental and Indigenous rights advocate, and founder of the Giniw Collective, an Indigenous women, two-spirit-led frontline resistance to defend the sacred and live in balance. Ms. Houska was active in resisting the Line 3 oil pipeline, the Dakota Access pipeline, and is heavily involved in the movement to defund fossil fuels. (source) 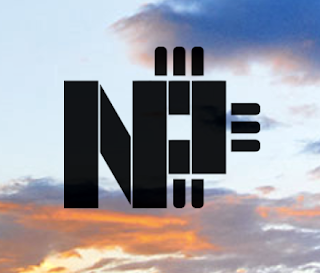 Brett Isaac is a Solar Entrepreneur, co-founder and co-CEO of Navajo Power.

In 2020, Brett co-founded Navajo Power: a public benefit renewable energy corporation that aims to brings the economic and environmental boons of solar energy to the Navajo Nation and other indigenous communities across the country. While he does not think solar energy is the “silver bullet” in dealing with climate change, he believes that it is a step in the right direction and sees first-hand how beneficial it is for the communities he has brought power to. (source)

Just a handful of good people doing good for the planet. My friend Michal challenged me, after yesterday’s Dirtbag post, to find four good people. I’ve found many more than just four. Today is a start. Dirtbags get way too much press.

Email ThisBlogThis!Share to TwitterShare to FacebookShare to Pinterest
Labels: Environment