I did an astoundingly crap job in PT yesterday. At one point, early on, my wonk-ass left leg totally gave out on me. Imagine how embarrassed I was to have this tiny young woman (obvs a very strong tiny young woman) catch and support me so’s I didn’t bash my head open on the sharp edged table and steps on the way down.  (Hint: I was WICKED embarrassed!) 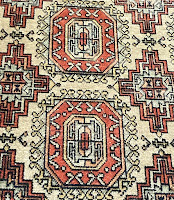 After that, the two PTs went depressingly easy on me AND cut the session, slightly, short.

Did I mention this already? One of my fab PT duo (NOT the one who caught me) is nine months up the spout. She’ll go any minute now. I’m just hoping her water doesn’t break on my grand’s rug.

So then, post-visit, I felt lightyears away from successful, accomplished and, just generally heroic (we are, after all, meant to be our own greatest heroes). I DID however spend the  rest of the day on and off, doing my less demanding weenie-ass workout routines. Ya know, I kept busy, moving, and was as active as I could be.

I know where this buckled knee came from. Despite not feeling or going full on—Tuesday was a busy day. Two doc appointments plus one at home round of leg fun and a shower (which, serious now, counts as exercise—YES it does!). While at MGH and MEEI, I was in a wheelchair but able to do some chair exercise. I was terribly limited—of course I was. Chair ex is about a trillion miles off from Simone Biles’s basic warm up routine when she was a five.

What I’m saying here is that, despite all I'd done, I felt like I'd done next to nada. I was worn out. I did a lot more than usual  though and needed a full day to recover. Did I recognize that? Fuck no! Did I get that? Double-plus fuck no! Who do think you’re reading—someone with a lick of sense? 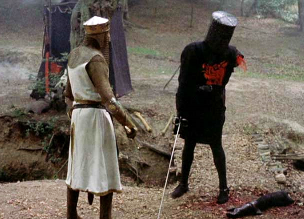 Ooh, ooh, I’ve got the answer to that one—NO. I’ve got a goal to reach (walking with just the walker in less than a year post-op) and I aim to get there. Dammit!

So, I’m now experiencing an I-ain’t-got-time-to-rest/bleed or something along those lines. You kinda knew that already, right? PLUS, I’m feeling a touch Black Knight-ish

This is never a good thing. Just FYI and shit.

By the by, this morning I feel great. A day chock full of exercise, naps and not having to go anywhere or do anything outside the house tends to accomplish that.