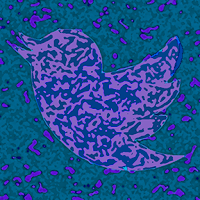 I am now following Cormac McCarthy on the bird app. This despite never having read so much as one of his books. I understand they’re quite depressing, harrowingly sad in fact. This would be the reason I’ve not cracked one of them open. Plus, I got the sense they were deeply male. This is NOT to say I’ve totally eschewed bleak, odes to testosterone loaded writing—just his. (Oh waiter? Another round of Hemingway for the house.)

Blood Meridian is said to be McCarthy's magnum opus, the best of his bestest works. The Great American Novel. The kazam height of which every writer young and old strives. 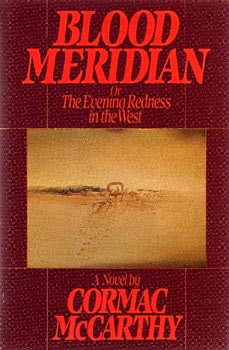 Yeah, despite the raves, I’ve not indulged. Considering the other great authors of his age/time who he’s been classed with this puzzles me (Don DeLillo, Thomas Pynchon, Phillip Roth—I've read them all). Not enough to hit the library or book sites though. If I avoided him in my happier days, I’m sure as fuck giving him a wide berth now.

Why mention this today?  I find all his Tweets dryly amusing, funny in a quiet, intelligent and sometimes acerbic way. Now I want to pick one up. Where should I start?

Blood Meridian?
an epic novel of the violence and depravity that attended America's westward expansion, brilliantly subverting the conventions of the Western novel and the mythology of the Wild West. (source) 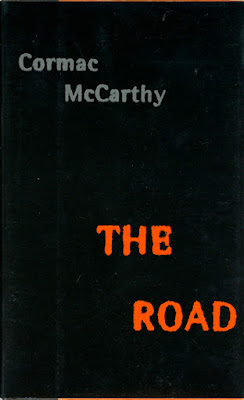 All the Pretty Horses?
The story of of young John Grady Cole, the last of a long line of Texas ranchers. Across the border Mexico beckons—beautiful and desolate, rugged and cruelly civilized. With two companions, he sets off on an idyllic, sometimes comic adventure, to a place where dreams are paid for in blood. (source)
No Country for Old Men?
the time is our own, when rustlers have given way to drug-runners and small towns have become free-fire zones. (source)
The Road?
A searing, postapocalyptic novel… A father and his son walk alone through burned America. Nothing moves in the ravaged landscape save the ash on the wind.(source)

By the by, I read on his Wikipedia page that McCarthy’s agent reports that his Twitter page is fake. Is it or is the agent just shielding him from adoring fans and the unwashed, unpublished, aspiring author asshole masses?

Fake or not, I’m thoroughly enjoying this writer’s tone, the brushstrokes of his/her words.