Is This a Cat I See Before Me? 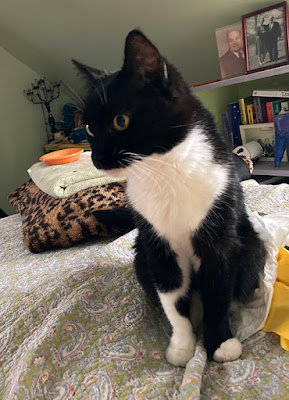 The twitchy tail toward my hand? Come, let me clutch thee.

OK, ok, Macbeth was asking about a dagger, not a cat (specifically Coco) but…but MAYBE. Alright, never-fucking-mind. On to other random shit.

Woke from a dream where Mark Hamill was playing guitar in a jazz/funk band in upstate New York. The horn section just killed—totally spectacular. Hamill was pretty awesome, himself. Def worth the long drive from Boston.
~~~
Incredibly, I seem to be out of new books. Yes, AGAIN. To remedy this travesty, I took advantage of a gift certificate that Jen’s sister gave me for my bday. Afterword, I cruised over to Powells of Portland, Oregon fame and picked up more, hopefully, great used books.

And Powells IS an independent book seller—maybe the biggest one in the US.

What’d I get?
From Bookshop.org?

Yes, this was a complete binge buy.

~~~
A straight up solid explanation of how the Republican Party (now the suit and tie wearing, political arm of the terrorist proud boys) sucks so many people in to vote against their own best interests.

"If you can convince the lowest white man he's better than the best colored man, he won't notice you're picking his pocket. Hell, give him somebody to look down on, and he'll empty his pockets for you."
~ LBJ 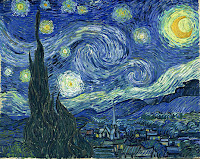 Next up, some cool art stuff:
Frank Gehry has a brilliant new tower up at Arles’ Parc des Ateliers.

“…inspired by local history, including the fact that one of Van Gogh’s most famous works was painted nearby. “We wanted to evoke the local, from Van Gogh’s Starry Night to the soaring rock clusters you find in the region,” explains Gehry” (source)

AND Street art in Mexico City
So far Smitheone is my favorite.

~~~
The world has had an actual virgin birth in a species NOT known for being parthenogenetic.

~~~
Matrix Resurrections
Don’t know if this was really necessary AND from the HuffPo post, it doesn’t look significantly different from Matrix1. I thoroughly enjoyed M1, it came off as a future urban wasteland, zen hippie version of Star Wars..sort of. So, eh, I’ll probably still watch this fourth installment but I’m in no hurry.