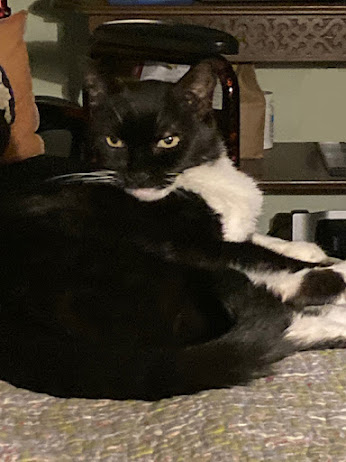 I’ve been on social media (specifically the bird app) WAY too much lately. I keep reading about all these people who have anti-vaxxer, dipshit Magat 'friends' and, only now, are considering severing contact. How much bullshit do you put up with from a ‘friend’ who’s blindly believing in and following a cruel, conniving grifter and transparent fraud. Honestly, the guy’s so obvs dim (and surrounds himself with human shaped piles of excrement) that, had he been born poor, he would've croaked, alone in a dive rooming house, eons ago.

Fer fuck’s sake, him and his crew, attempted to engineer our deaths but you’re wavering about dumping the miscreantic asswipian friend who played a part in putting this death machine in motion only now?!

Dude/dudettes, this a no-brainer. A person can be nice to your face and still, via their vote, stick a shiv in one of your major arteries, watch you bleed out and then blame you for getting in the way of their knife. I don’t have the time, patience or forgiving nature to put up with that shit. I’m biologically related to at least a few of these excrementally oafish fuckwads. I cut them outta my existence long ago—what would stop me from doing the same to someone who can only claim friendship? Nada, motherfucking nada.

And, yes, this song is now in my bean. 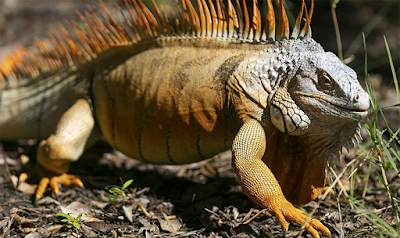 Another interesting bit found while web surfing, (still unable to stand at the easel). There was a squib about the former president, Irénée du Pont, of the DuPont company. He was known to be a racist, anti-Semite and extreme right winger (remind you of a Former Guy and his Klan of shitheels?). Irénée, the old dear, apparently had a fierce team of trained attack iguanas.

It was an appalling example to the Cubans of the degeneracy of the idle rich. (source)

I only mention it but could he not have just let his iguanas be a lovely band of colorful reptilian pets? No? I guess that’s not what tiny dicked, dipshit, racist losers do. (see above)

To end on an up-note, check out Yen Jui-Lin’s abso-charming woodcut figures. You can see them at This is Colossal, My Modern Met and Studio Equator. Dunno where I can purchase any of these (or IF I’ve got the spondulix to do just that) but I’d love to know. Yes, I’m cranking up my google superpowers now.

Also, quote for the day:

You will never influence the world by trying to be like it.
~ Sean McCabe