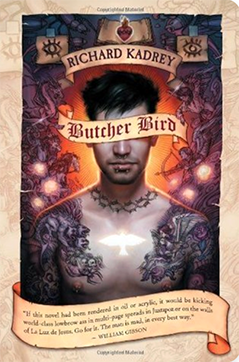 They're a fine way to get me out of my deep, dark and all too often dreary head. I just finished Richard Kadreys Butcher Bird and I believe I’m about to dive back into it.

I hear you: ’but, but, Donna, you know how it turns out. The twists and turns won’t be a surprise—you’ll know they’re coming’ Yeah? So? 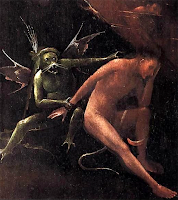 Rereading a loved book is about a hell of a lot more than the story itself. I know how Hamlet ends but I’ve still read it multiple times. I know how Agent to the Stars and Old Man’s War turn out—I’ll read them again. Same with Christopher Moore’s Lamb and A Dirty Job. Martin Millar’s Lonely Werewolf Girl and Good Fairies of New York. Stories are as much about how the words are woven, the choice of words, their sparkling dance across the page. Ya know?

And sometimes the story alone is electrifying enough. The first time I read Margaret Atwood—Handmaid’s Tale of course—her words seemed like so many pounds of twisted wet laundry. They didn't flow like river water. Though Handmaid’s Tale ends on a hopeful note, getting there was like slogging through a sea of thick pudding. Maybe that was the point? Of course this may just be a distorted memory. I read it when it first came out in 1985. Her word-craft in other books, for what it’s worth and in my humble-free opinion, didn’t feel so graceless and heavy.

Side note and in case you missed it—Texas seems to view the Tale as a blueprint, an aspiration. 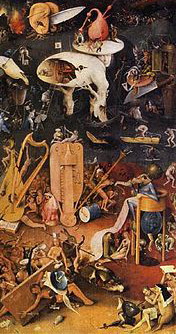 Back to Kadrey’s Butcher Bird, here are a few of my favorite things (quotes):

They were the understanding eyes of kindly folk who burned witches alive to save their souls.

Being able to embrace contradictions is a sign of intelligence.
Or insanity.

Lucifer, on being caught out for manipulating the protagonist into coming to Hell to help him out of a jam:

…do you think you would have come if I’d just popped into your tattoo shop one night around closing and said, ‘Hello, I’m the Prince of Darkness. Think you could help me out with a little war next Tuesday, say, sixish?”

“Humans are the most treacherous animals in existence! Everyone knows that!” Ashbliss shouted. “It’s not even fun going to Earth and corrupting you because you’re all halfway there.”

“I’ll give you another example. The snake in the Garden of Eden?”
“Yeah?”
“It was just a snake. Humanity’s first real decision was to defy God. So was mine. That’s the reason I make you uncomfortable. We’re so much alike.”

Everything’s show biz in the end.

Yep, true. Gotta plunge back into this one again. Now.