Did I Mention This Already? 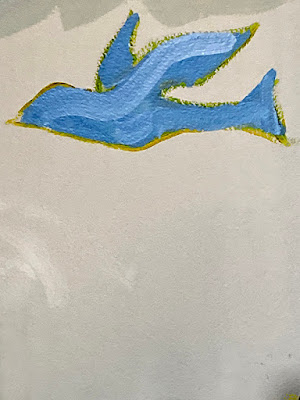 I’ve lost a shit-ton of strength in my left leg over the last two weeks. It’s gotten to scary levels over just the last five days. Mind you, the worst of this happens between the hours of 9AM and 5PM or 8AM and 4PM. I’m guessing that weakness punches in and out for regular eight hour shifts

I still have sensation during that space of time but ridiculously little ability. Since Sunday, I can’t even do the easiest of my rehab routines (unless I attempt them before 8AM or after 5PM and, even then, I’m limited).

Jen called Plotkin’s office and I emailed via Patient Gateway. When we each finally got a response it was from some brine shrimp brained, zero neuro experience (seemed obvs), first time ‘round the block-er. HELL-fucking-O, I have one rare motherbanger of a neuro condition goin’ on here. Can I get a response from someone whose candy striper uniform isn’t still hanging in her closet?

Maybe someone who GETS that nursing is about WAY more than taking temps, checking blood pressure and smilingly asking how are WE doing today. Bast forbid I give anything other than a positive answer. If my answer is anything less than upbeat, her response will be a tilt of the head with a frowny face before she breaks back into smiles, saying ‘well, your breakfast will be here shortly.’ 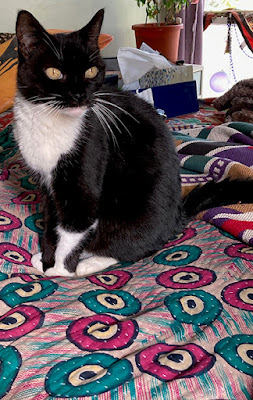 No NOOO, I haven’t walked this road before. What makes you think that?

In any case, Jen and I both, politely and respectfully, gave Nurse Candy Striper the 411 yesterday. We told her my symptoms and everything I’ve been doing differently in the the last few weeks in my own effort to ascertain the root cause of this scarifying weakness.

Not unexpectedly, she didn’t respond. I imagine our reply to her ‘how are WE doing' was a bit too honest and over her head.

Jen and I MAY’VE sorted out the problem for ourselves though. One new element was the addition of Senna to my twice daily voluminous med intake. Both my PCP and the nurse said it wouldn’t interact badly with the drug store worth of pills I’m already taking. Great.

What they didn’t address is that it shouldn’t be taken long term (don’t take for more than two weeks) because, amongst other things, it can cause muscle weakness.

Gee, guess who really, really needs to build back, not reduce, muscle strength right now. Would’ve been great for my PCP to mention that when she recommended those little brown pills.

Jen will, again, try getting in touch with Plotkin himself today, just to be sure. I’ll go to PT and see if my therapist has any advice on how to handle this.

Meanwhile, I’ve stopped the Senna and am hoping that shit’s outta my system ultra fast.
(pun intended or not? You be the judge)

I don’t know if my difficulty in reaching my neurologist OR a nurse with experience is COVID overload related or no. Seems unlikely, since I’m in the rare neuro shit department not the general population but who knows?