I’m hunting a quote used by Richard Kadrey in his book Butcher Bird. What is it?

The first, most important thing you need to understand about Hell is what Hermes Trismegistus, a famous alchemist, said: ‘Hell is like anywhere else. Only worse.’ Course, that sounds better in Latin.

The closest I could come up with was this:

Choose any place high on the sphere from which to look down, and you cannot see bottom from there. Because of this, many believe it has the same quality as place. They believe it is visible after a fashion, but only through shapes of the forms whose images seem to be imprinted when one shows a picture of it. In itself, however, the real thing remains always invisible. Hence, the bottom - {if it is a part or a place} in the sphere - is called Haides… (source)

Looks like Mr. Kadrey condensed the hell out it which is a good thing. Our Hermes Trismegistus wasn’t much for edits or perhaps just liked the sound of his own voice. Possibly this isn't the source at all?

So then, I’ve been thinking about Hell. Specifically Hell on earth. Warum?

Hell is my utterly banjaxed body. Hell is not knowing when or if it’ll come back up to half-assed factory standards. IF there is a god or gods I’d like my money back, I DEMAND a full refund, a do over, an overhaul! Goddammit.

What I’m going through right now is heavy duty withdrawal from the high and then mega higher levels of one of my anti-seizure meds. Not even a full withdrawal—my intake was just cut in half. I’m tellin’ you, this ain't no party, this ain't no disco, this ain't no foolin' around.

I’m back to my first rehab level of strength and ability. There’s sensation but zero fucking movement or strength. Yeah babies, Hell.

I’ll get past this. I'll rise above, rise above and shit. AGAIN. 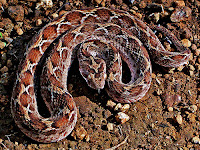 I know I said I was gonna ixnay the recovery talk—at least for awhile but, hells bells, isn’t it better than listening to me kvetch about politics and the never-ending lies and crimes of the outhouse carpet vipers who call themselves the family values party?

Yes, I wish I was doing and talking more about painting and travel. Maybe soon I will be. Maybe it won’t take me months to get back up

to where I was in August (which felt like the beginning of actual recovery—the planning stage of climbing Everest).

I can and will allow myself hope. I can, at least, dream about future trips and art.

We are each our own devil, and we make this world our hell.
~ Oscar Wilde

Maybe this world is another planet’s hell.
~ Aldous Huxley

Hell isn't other people. Hell is yourself.
~ Ludwig Wittgenstein

What makes earth feel like hell is our expectation that it should feel like heaven.
~ Chuck Palahniuk

I think hell is something you carry around with you. Not somewhere you go.
~ Neil Gaiman