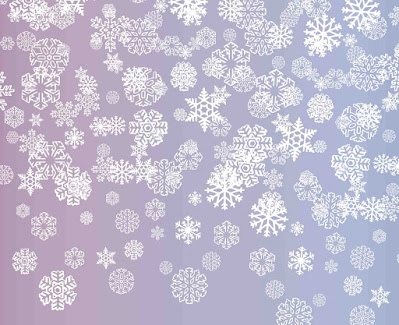 Yep, we’re in for nasty weather—the first blizzard of the winter. The WHDH weatherman (who’s a real live meteorologist, not just a weather spokesmodel) says we’re now in for up to two feet of snow with winds running 50-60 mph (higher down the Cape and Islands).

An aside: why are they called ‘meteorologists?’ They’re not studying meteors...right?

OK, I get it but what are people who study meteors called? Meteoricists or just plain old astronomers. 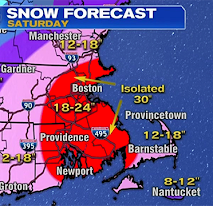 20 miles south of us in Jen’s hometown, Scituate, evacuation advisories, for those on the water, have already been issued. Here in Valhalla, at least as far as flooding goes, we should be fine. Neighbor Andrea is our buffer—her house stands between us and the seawall. 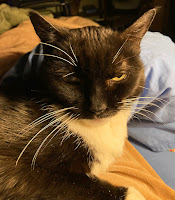 The waves tomorrow will be awesome+++. Sadly, the stiff gales will keep me from sauntering down to the wall for high breaker pics—maybe I can grab a decent shot from the cozy warmth of Jen and Oni’s living room though. OR, better yet, Ten could get a big, clear plastic sphere to fit over me and the wheelchair. We’ll roll down (might need to affix a snow plow blade first) and—voilà—I’m able to snap away.

Oh wait, this storm is gonna be a nor’easter. Visibility, in my bubble, will be poor. I’ll need windshield wipers. Perhaps Coco would be willing to assist?

Email ThisBlogThis!Share to TwitterShare to FacebookShare to Pinterest
Labels: Home