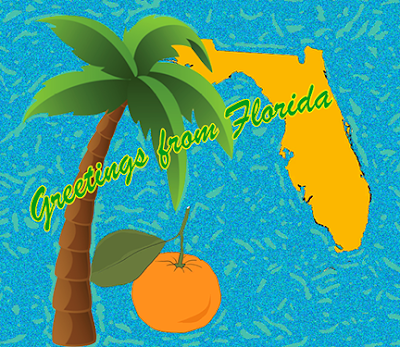 Somehow, the state’s acquired an image as a subtropical festival of stupid, and as a loyal Floridian, Dave begs to differ. Sure, there was the 2000 election. And people seem to take their pants off for no good reason. And it has flying insects the size of LeBron James. But it is a great state, and Dave is going to tell you why. (source)

This was, by the by, written and published pre-DeathSantis (74,330 dead Floridians that we know of ).

I found myself actually wanting to visit the state that gave us what was, at that time, the worst, most corrupt President ever.

Barry talks about a variety of non-Disney tourist attractions, all of which I was totally unaware. 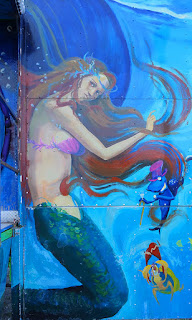 Have any of you ever been too Weeki Wachee? It’s a park with water slides, river boat tours, alligator and snake shows (not sure what this is about. Do the snakes juggle alligators? Do they wrestle? Dance the sugar plum fairy?), underwater mermaids doing synchronized swimming and manatee watching too. Sounds fun! 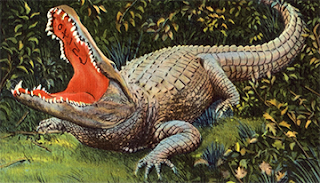 How about Spongeorama—have you been there? Have you watched the vids in the Sponge Diving Museum? Looks wild AND educational.

What about the Skunk Ape Research Headquarters? (in case you haven’t already guessed “research” should most def be enclosed in What.-Are-you-shittin’-me? quotes)

Makes me want to visit the place that’s, now, both the punchline of every which-state-is-most-stupid joke and a monstrous horror show of corrupt, authoritarian governance.

Yes, I know it's unfair to think of all Floridians as having been dunked in idiocy batter and deep fried. I have tremendously intelligent, talented friends and family who live in this plagued, peninsular state. My loved ones most def did NOT vote for the Tangerine Twat, Prick tax-the-poor-not-the-rich Scott or lil’ bible pumping Rubio. 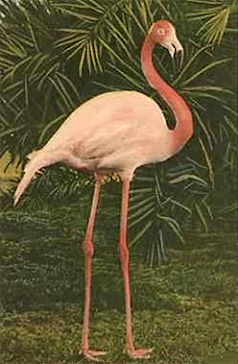 I imagine you’ve heard of the vast, upscale community for older (55+) folks, yes? It was apparently designed to give off heavy Andy Griffith Show, Father Knows Best and Ozzie and Harriet safe, cozy vibes. The residents swim in privilege and safe amenities. There are 50+ golf courses, nightly live music and dancing, arts and crafts, myriad social clubs, et cetera, et cetera. Sounds awesome but a little Twilight Zone-ish too. Kinda puts the show WandaVision in mind.

Sadly but unsurprisingly, the whiny, poopy pants, make-up spackled, dimbulbed criminal who was our 45th president, took 69% of The Villages votes in 2016 and 68% in 2020. In a state with 6,101,783 reported COVID cases and 74,374 reported COVID deaths, I’d have thought more of the high-risk Villagers would have smartened up about their boy, the bumbling grim reaper.

Nostalgia, it turns out, is as much about erasing the past as fabricating it.
~ Nicole Hemmer

Email ThisBlogThis!Share to TwitterShare to FacebookShare to Pinterest
Labels: Books