Is this the right room for an argument? 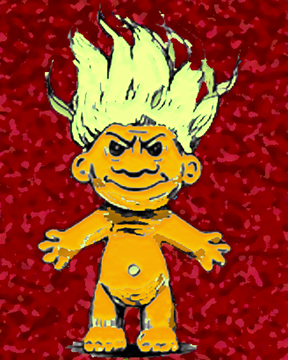 The whole purpose of the app seems to be about contrariness and/or throwing grade school taunts. Note: I did not say debate or discussion. Why exchange ideas when you can throw deranged fiction bombs?

Seriously, the joint’s riddled with meth addled trolls. Maybe the name should be changed to The Troll Farm? 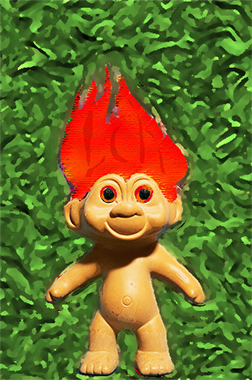 There’s someone on their this morning who’s piously and stridently going off about how they eat half a dozen or more eggs a day and it’s perfectly safe because the brain is “almost all cholesterol.” Ah…no. This one was in response to a benign tweet about loving eggs but needing to cut down on them.

One of my favorite follows was permanently suspended for calling a male MAGA congressman a “hoe."

And yet Eric Greitens, who’s running for a Senate seat in Missouri, can post his video/ad where he’s flashing a shotgun, is flanked by camo-clad men carrying assault weapons and is inviting everyone to join him in "RINO hunting." (Republicans in Name Only)

Then there are the folks who post beautiful art, hilarious quips, trenchant rants and/or pet pics. That's why I stay. Not today though. I got my fill yesterday of parrot dropping brained rage addicts.

Why can't everyone argue civilly like Monty Python's crew?

Email ThisBlogThis!Share to TwitterShare to FacebookShare to Pinterest
Labels: rant