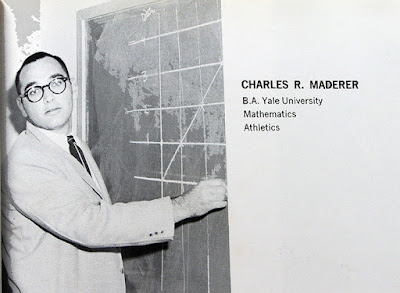 In 1963 my father taught at St. Bernard’s School  (now Gill Saint Bernard’s) in Gladstone, New Jersey. We’d moved there when I was two and stayed for five years.

It was one of my favorite of the thousand and one places we lived while I was growing up. Why? I had my own room. Plus, Mother would take us apple picking (ON campus!) and then she’d bake pies from our haul. How cool!

This shot (below) is of our home AND Daddy’s classrooms. We lived in the two story righthand side, classes were held in the three story left side.

I remember waking from a nap, crying, and feeling all alone, abandoned. Mother must’ve been out picking up my older sister from school. Daddy, in his nextdoor classroom, heard me. 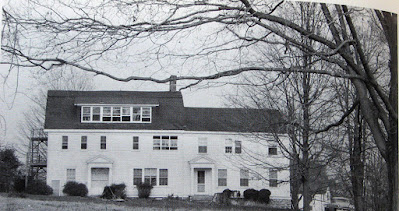 He came over, picked me up and brought me into the schoolroom, set me in a chair at the back and continued teaching. All I remember was all the students turning around, staring at me. I felt very special.

I remember the furor of the older students when JFK was assassinated.

I remember all the stray cats who came around. Mother would scold me for feeding them.

Mother: They’ll keep coming back if you feed them.
Me: But, but… I want them to come back.

She and I never saw eye to eye on cats.

This is where I learned that mother considered me a mistake. I was the wrong gender. I overheard her telling another faculty wife that we'll keep trying until we get it right.

All pics are courtesy of my friend Will whose father taught at St. Bernard’s at the same time. They’re from the 1963 yearbook.