Tales of the Monster Slug

Okay, there actually aren’t any tales of the giant monster slug (that’d be me, mes amis). At least none from this past weekend. Why the fuck not, you might ask.

Well, ya see, I was such a good exercise doobie last week (walking a half mile or more daily!) that I felt I totally deserved a full day off. That accounts for Saturday. ‘the fuck happened Sunday? It was chilly and windy out. I could’ve been blown off my wobbly feet…and shit. EEK!

Alright, that’s just a tiny portion of my slug-a-thon reasonings. The overriding reason for my slothness was…was…well, because of…emmmm. Hmmm.

What were we talking about, again?

I only mention it BUT when there’s not a napping cat regularly parked on my lap it’s just hell on wheels to come up with a decent reason for doing nothing. 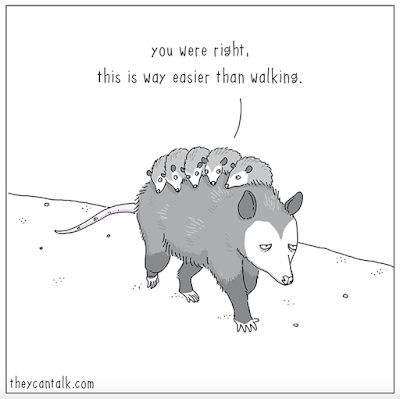 Instead of doing any of my rehab exercises, I was reading—MOSTLY not doomscrolling. Okay, I was making a valiant, if ultimately ill-fated, attempt to avoid banjax-browsing.

I just finished Ben Aaronovich’s Whispers Underground, the third installment of his Rivers of London series. Love the series but, sadly, this one contained a lengthy episode where the hero is buried underground. This naturally triggered my prodigious claustrophobia. Yes it’s just a few chapters IN A FANTASY NOVEL which means it’s not happening to me so, what the fuck’s my problem?

I'll tell you what—I’m a delicate flower here! At least, at present. What with Coco’s tragic demise, my ongoing, seemingly endless, health crap, the utter insanity of our failing democracy—that’s a lot of shit all at once, mes amis.

In any case, I finished Ben’s book and am now in a reread of Richard Kadrey’s Everything Box. It’s a tale about an incompetent malevolent angel, the doomsday device he’s lost, a thief who specializes in stealing magic objects and shit like that there. So far it’s exactly the level of wholly unrealistic escapism that I need.

After this? Maybe I’ll dive into Matt Ruff’s latest—88 Names.

John Chu is a “sherpa”—a paid guide to online role-playing games like the popular Call to Wizardry.
~~~
Chu’s new client, the pseudonymous Mr. Jones, claims to be a “wealthy, famous person” with powerful enemies, and he’s offering a ridiculous amount of money for a comprehensive tour of the world of virtual-reality gaming. For Chu, this is a dream assignment, but as the tour gets underway, he begins to suspect that Mr. Jones is really North Korean dictator Kim Jong-un,…

Matt Ruff, by the by, is the author of Lovecraft Country. If you’ve not read the book or watched the teevee series yet…well, get on it!

Lovecraft Country, while a horror fantasy, includes a lot of real life. e.g., Jim Crow, Sundown Towns and references the use of Black Americans as medical guinea pigs. Not pretty to say the extreme least.

Escapism—it's the name of the game.